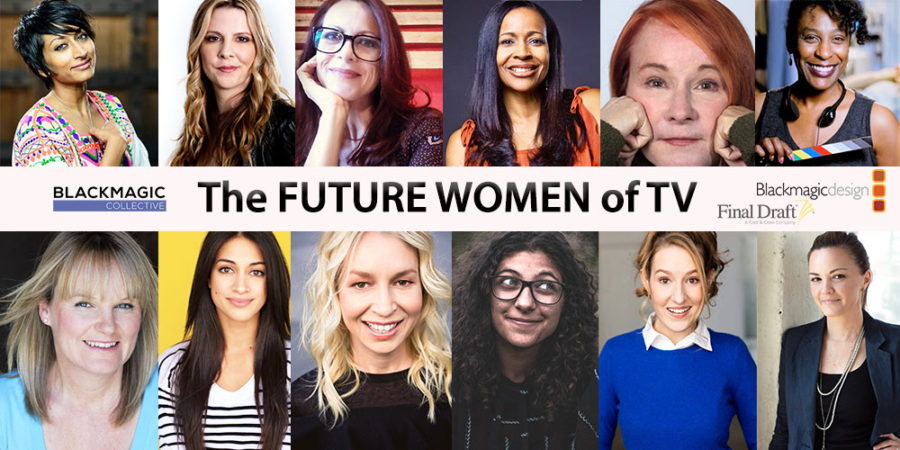 Blackmagic Collective has named six writers and six directors for its inaugural “Future Women of TV” initiative. The 1-year program is a career accelerator that engages top-level TV executives as “Champions” who advocate for and help participants navigate the path to their first scripted TV credit by the end of this year.

“The women we’ve selected don’t need another mentorship program – they are skilled, working professionals who just haven’t been given the opportunity to move into the scripted TV space,” explained Blackmagic Collective’s John Parenteau. “They need someone to open the door and allow them an opportunity to put their skills into action. We’re hoping to facilitate that.”

Major brands are already championing the participants. Blackmagic Design and Final Draft* have committed to in-kind support spanning equipment, software, and beyond.

Participants were selected from an expansive pool of nominees based on their impressive body of work and numerous recommendations from respected industry professionals.

The “Future Women of TV” initiative was created to address the real access barriers highly qualified women face in the entertainment industry. To become a Champion or learn more about the women selected for the 2020 program click here.

Final Draft is the industry standard in screenwriting software. Used by such industry giants as J.J. Abrams, James Cameron and Aaron Sorkin, Final Draft automatically paginates and formats your script to industry standards, allowing writers to focus on what they do best – writing scripts. Save 30% off Final Draft with this exclusive discount code. Enter promo code FWTV20 at checkout. Visit www.finaldraft.com to learn more. Offer expires 04/30/2020.

Share This
NAB 2020 Postpones Due to COVID-19
Filmmaker Series: Chapter One Announced