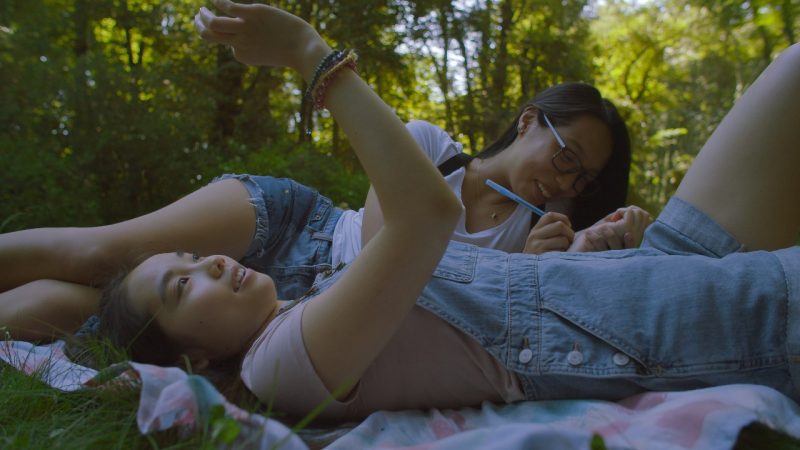 Title in the biz: Director

How long have you lived in the New England area? What area do you live in?

I was born and bred in Massachusetts and currently am based in Brockton, which back in the day was known as the “City of Champions” because of famed boxers like Rocky Marciano and Marvin Hagler. It’s been exciting to see Brockton grow from what was once the shoemaking capital in the early 20th century to now having major studio projects like Detroit and American Woman filmed here.

How did you get your first directing and/or job in New England?

I first started as a Production Assistant on the Quibi show The Expecting, directed by Mary Harron. Before that I had been working on various short films as a line producer, AD, boom op–really anything to get involved and learn. I wanted to understand how films operated on a large scale and connect with the people who made that happen. It wasn’t until I day-played on a film shooting in the North Shore, where I met the production coordinator and she later brought me on as part of her team for The Expecting.

From there, the ball started rolling and I began to meet more people in the local industry through mutual colleagues, word-of-mouth, and different gigs. That became important when I went to direct my own short film. I co-produced it with a friend that I had worked alongside as a PA on the Quibi series and reached out to people that I thought would be interested in helping us bring the story to life. Building a crew of people I trusted not only made shooting (which is often stressful) a more enjoyable experience, but it allowed for more comfortability and collaboration on set. Since then I’ve had the fortune of continuing to collaborate on projects with many talented filmmakers and artists throughout New England. 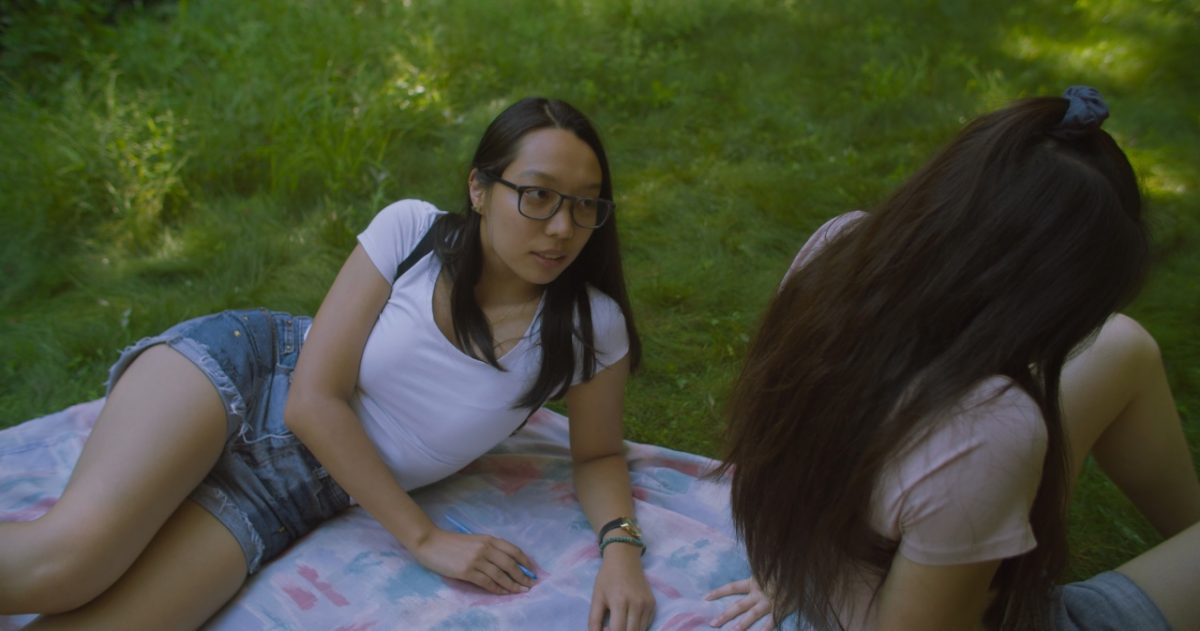 The community here is so tight-knit and it’s really encouraging to see people support each other, especially as someone who is newer to the industry.
What I love most about this community is that people are so ready and willing to help others. For example, I was prepping for a small dance video shoot and at the last minute, realized I needed more batteries for the camera since we would be shooting outside and didn’t have access to a generator. I reached out through social media and people who I didn’t know personally, but had mutual friends, responded and offered to lend equipment and answer any questions. The camaraderie and openness of people in this community is something for which I am grateful and try to pay forward. I’ve truly enjoyed working with New England film folks and I appreciate all the generosity that’s been shown to me. 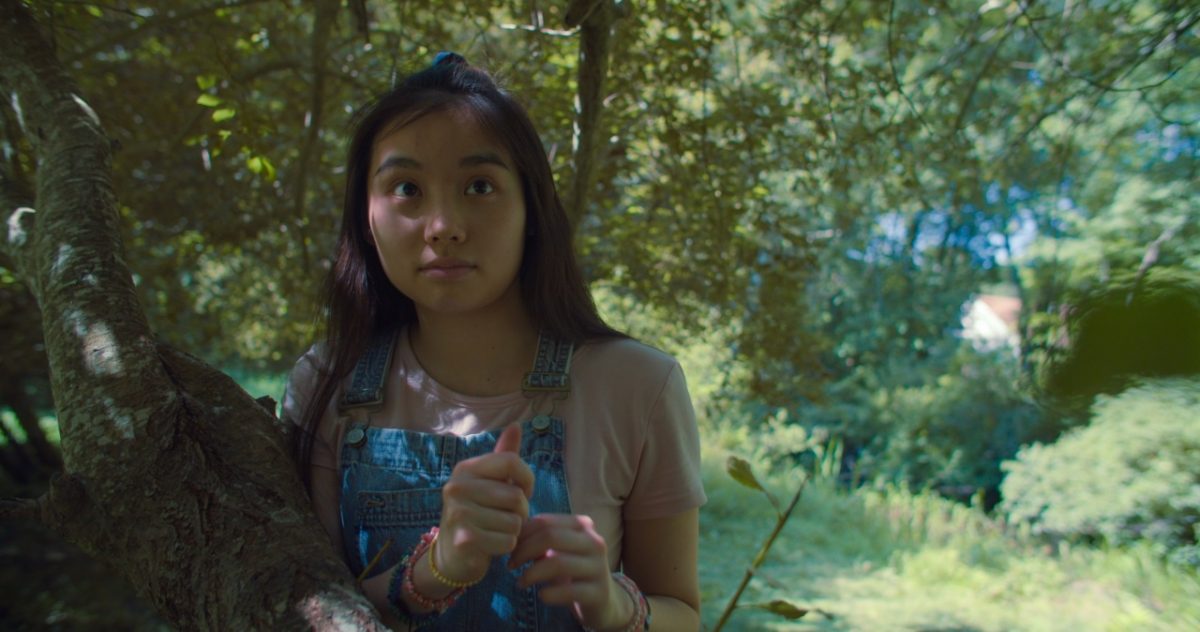 What was it like filming your latest project during Covid?

Before there was any awareness of COVID-19, my co-producer, Ruth Jiang, and I were originally planning to film on the beach in April. Turns out the coronavirus had other plans!

We kept pushing the shoot back but proceeded with casting and building up the crew. The casting process was all virtual, including virtual table reads, and we didn’t meet the actors in person until the actual day of the shoot in the summer. We prioritized Covid testing for everyone before they came on set to ensure the health and safety of our cast and crew. We tried to build a very lean crew and have only essential crew members on set to reduce the risk of exposure. Since we were using natural daylight, it was critical that we knew which shots were needed and that everyone could work cohesively together as we raced against the sun.

Finally, the location was a bit of a challenge because although New England has so many fantastic and accessible locations, finding one during a pandemic proved to be tricky. We scouted all over the South Shore, looking at beaches and state parks, but the coronavirus restrictions made it logistically unfeasible. We really lucked out because we were able to secure a private location thanks to the generosity of the Gardner family. I’m not sure how we would have been able to film otherwise, and it was incredibly helpful having a controlled environment. Again, it just comes back to how hospitable this community is. Although navigating the logistics during pre-production was a challenge, the atmosphere on set was so joyful and rewarding. I felt like a kid on the playground! Of course, there were stressful moments, but the energy of everyone on set was wonderful, and we were able to laugh and have fun as we executed this story together. 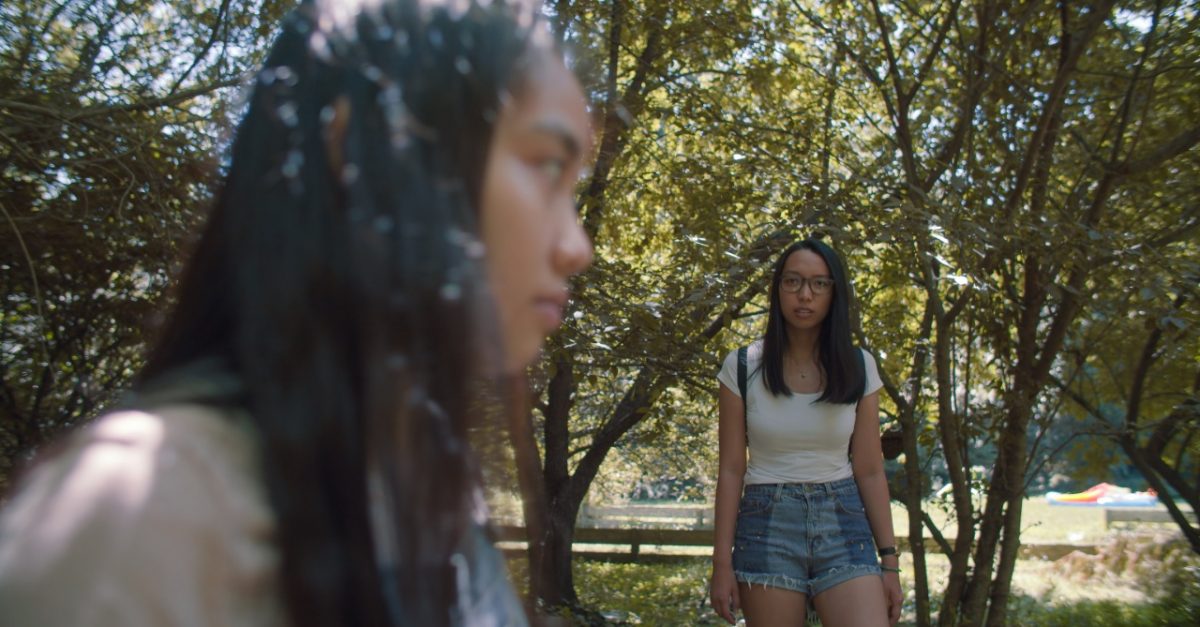 What is the best advice you can give a filmmaker who is considering moving to or has just moved to the New England area?

Explore the locations and meet the people.

The accessibility to locations here gives a lot more opportunity for productions to film, especially for smaller indie projects. There is such a geographic diversity of locations throughout New England, and in my experience, property owners have been welcoming towards filmmakers. I’ve worked on projects throughout the North Shore, western Mass, the coast–there are a lot of options that benefit both the logistical side and visual side of filming.

The friendships and working relationships that grow out of the New England film scene are incredible and I’m very grateful for the friends I’ve made through the film community. People really do lift each other up and help each other succeed, which I think will only help the local industry bloom. I’m sure we all want to see films get made in New England and promote more job opportunities here. Beyond that, I’ve been fortunate to meet talented artists who are willing to advise me and collaborate. Joining various Facebook groups certainly helps to connect with other filmmakers and it can open the door to strange, exciting opportunities.

What I love most about the industry here is that I know people have got my back and are willing to lend a hand when I’m in a pinch. To me, that type of support is the backbone of our community.