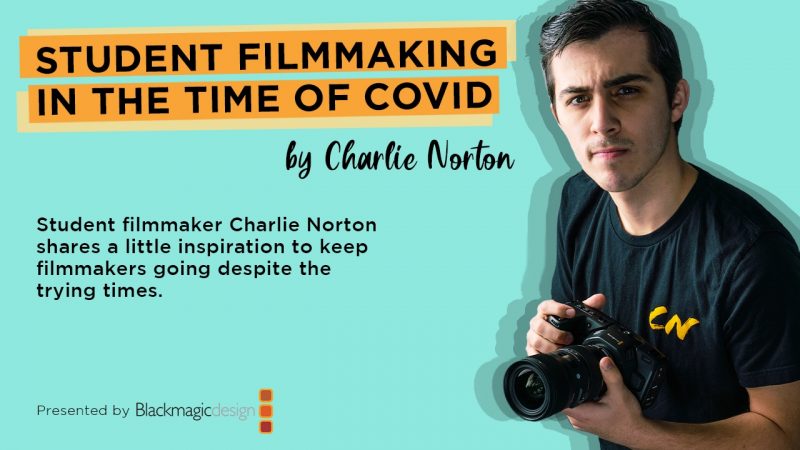 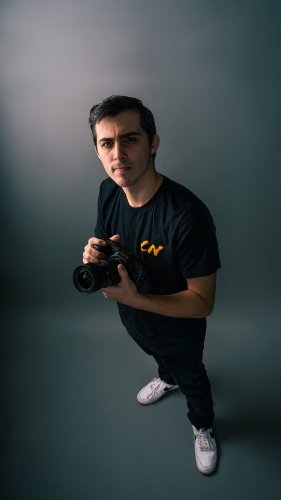 The Coronavirus Pandemic has brought many major changes to how we make films today. Heavy contact tracing and strict social distancing guidelines are limiting opportunities to fulfill casting, crew calls and access to essential resources for large scale productions. However, even with these strict guidelines, Hollywood has been able to successfully adapt to these changes and forge ahead. Yet many college students are reducing their senior thesis and undergraduate short film projects to only fulfill the needs of academic requirements. Independent filmmakers are playing it safe, understandably so, but it’s to their determent.

I am a student filmmaker, originally from Bridgewater, Massachusetts currently a student at Hofstra University in Long Island, New York. Since the start of the pandemic, I have been fortunate enough to work as a director, cinematographer, editor and crew member for several independent short films, music videos and television shows. With a little luck and the generous support from my friends and family, I have been able to break into the New England film industry while continuing to get an education. My journey has led me to make my own short films in the classroom while simultaneously responding to job postings from production companies on social media, judging films at the Oscar qualifying Flickers Rhode Island International Film Festival and networking with alumni from the American Film Institute.

In my three and a half years of being in this industry, I have learned that working hard, staying humble and knowing the right people will get you to the places where you want to be. As a young filmmaker myself, networking has tremendously benefited my small successes thus far. Being able to meet like minded people with the same interests as you is the key to getting success in the film industry. Utilizing essential communication skills can give you a better chance to stand out as a pioneer storyteller and allow you to make connections with people who you want to work with. 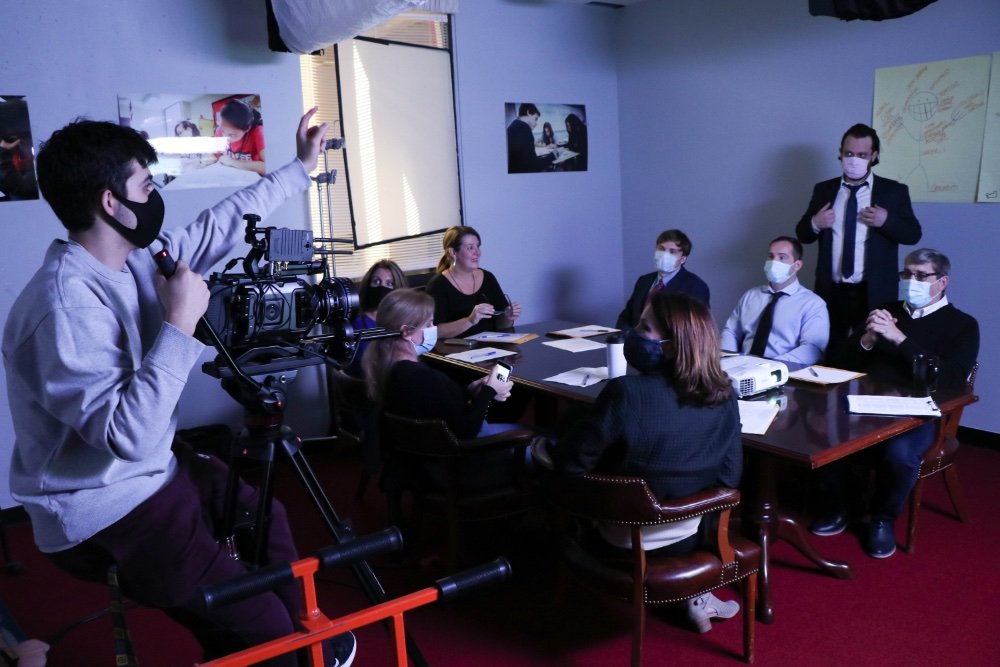 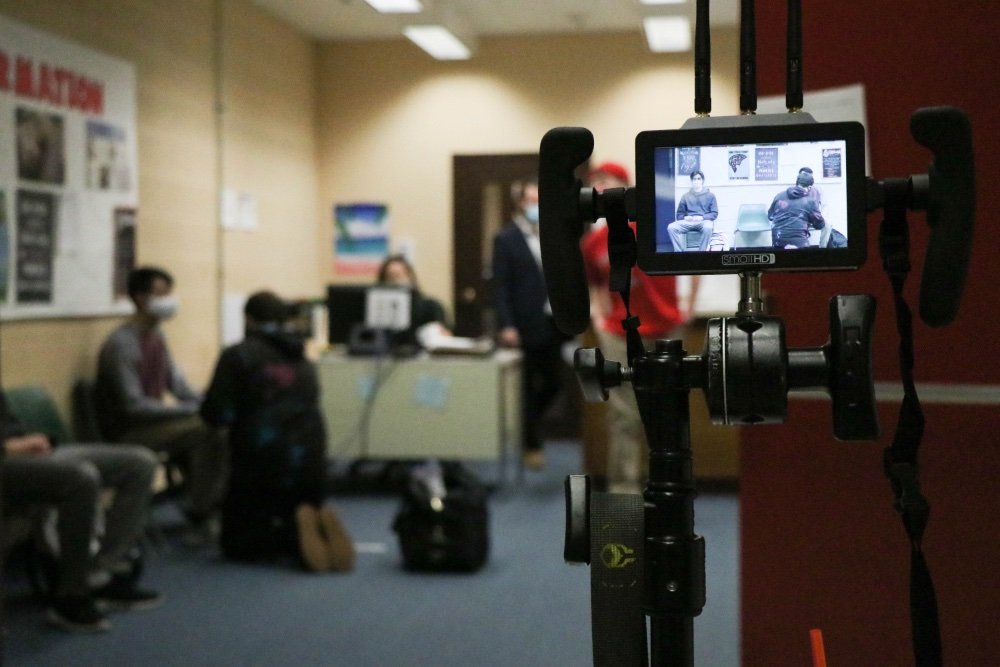 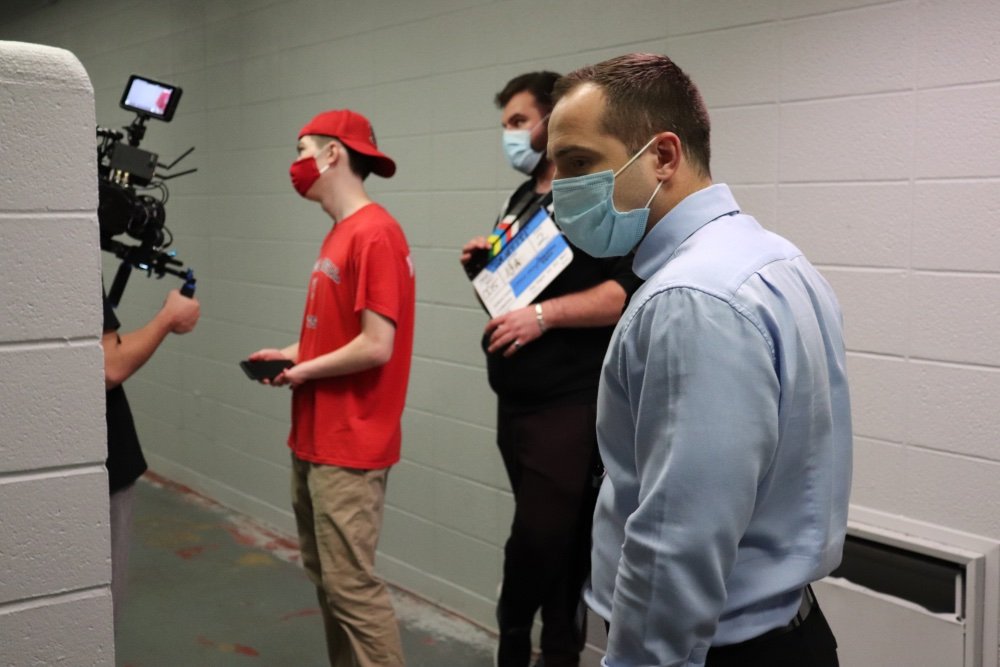 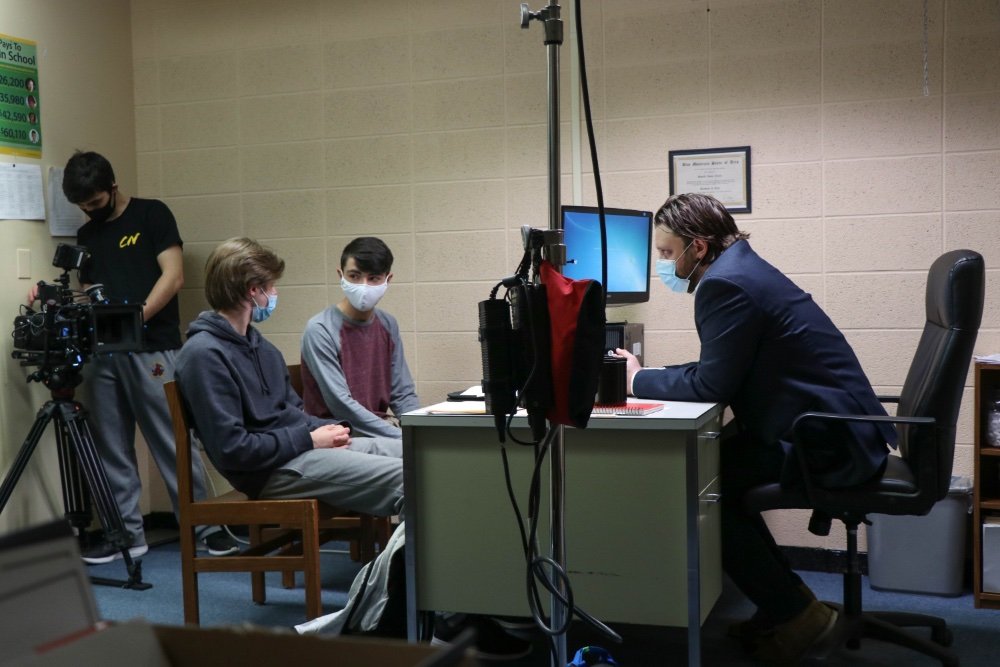 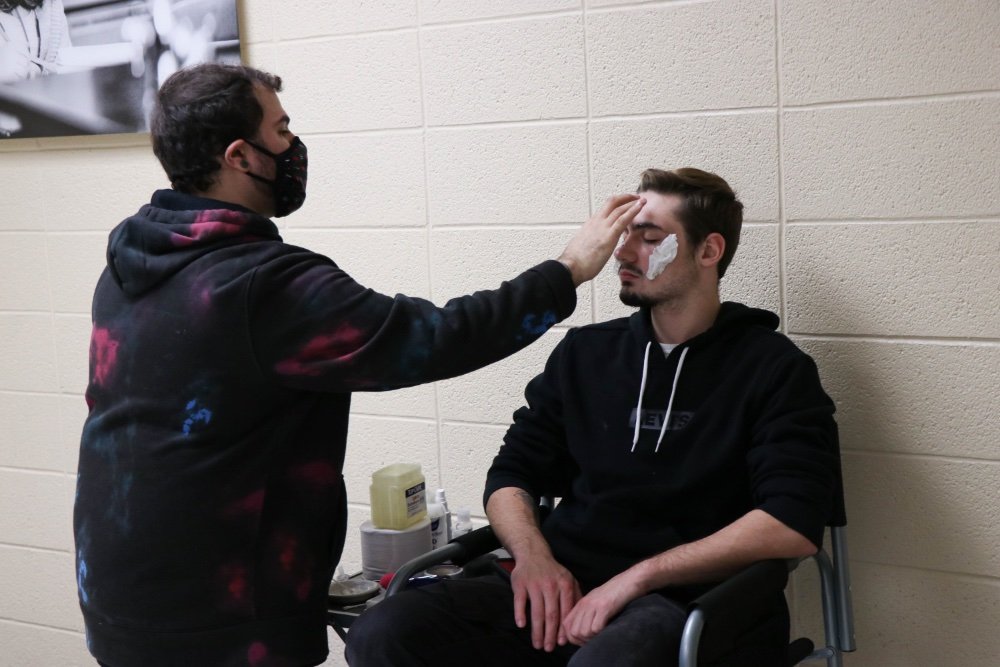 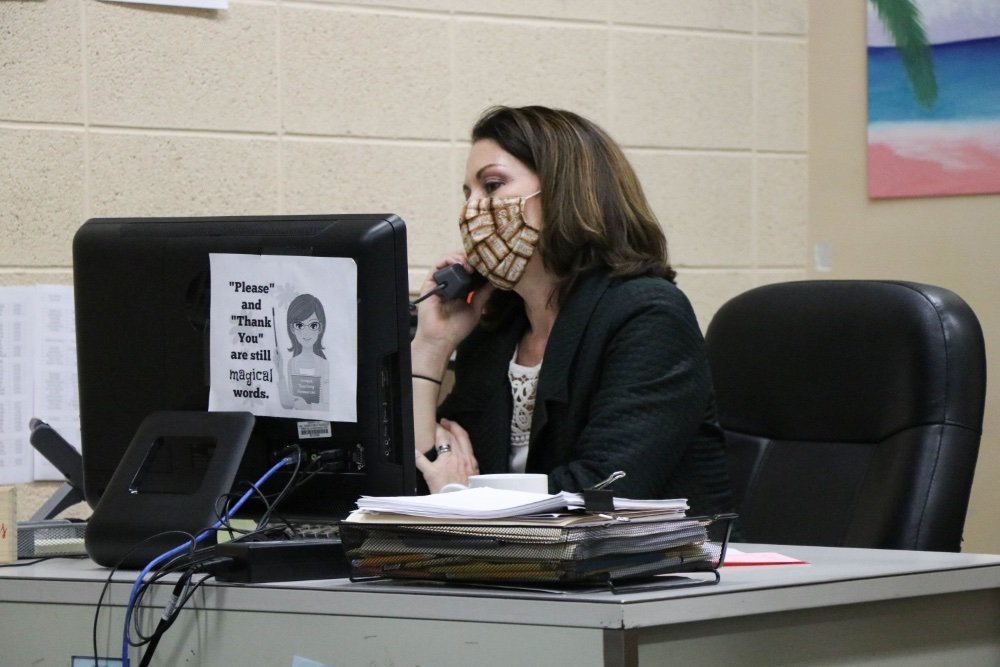 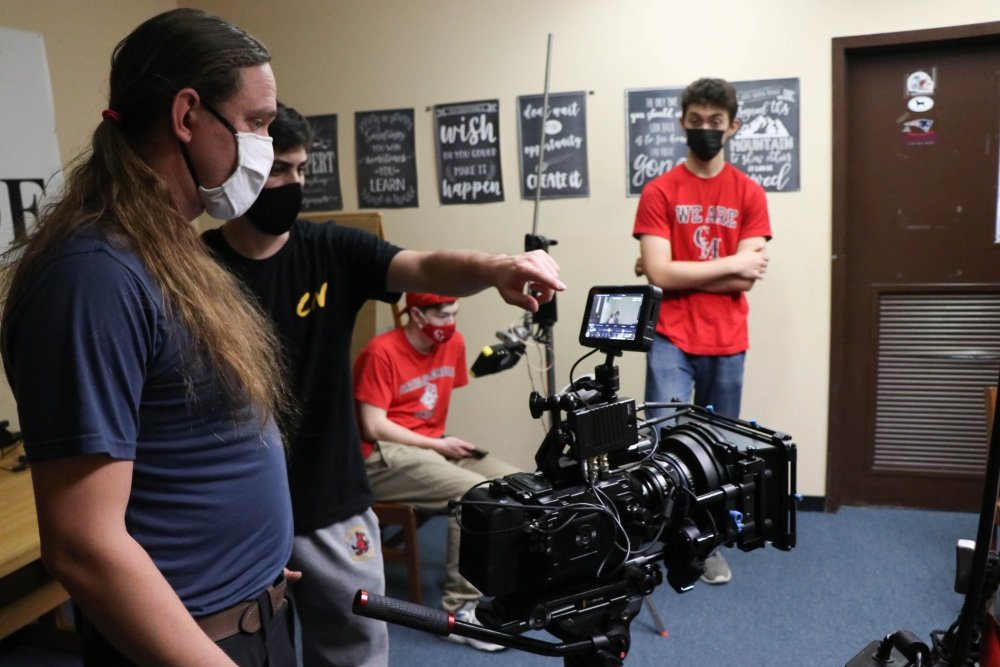 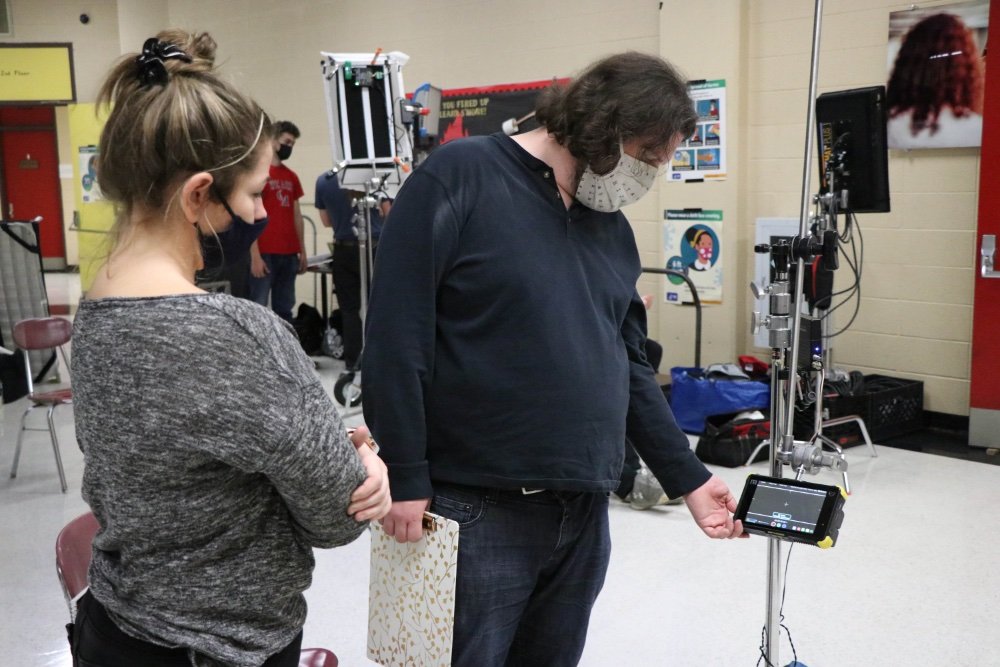 Every job, every set, every moment has been preparing me for my current film “Graffiti.” Since November, I have been working to see my Sophomore project come to fruition. The concept for it began when the original story was conceived by my aunt, Jess Foster, in the early 2010’s. One of her original drafts was the first screenplay that I ever read in high school. I was fifteen. In 2016, Jess sent me a collection of short film samples that she wrote and thought that “Graffiti,” in particular, would be a script that would interest me. When I was first writing and directing short films, I would frequently refer to her first draft time and time again. I read it at least three or four times a year to the point where I had the story memorized. Five years later, I am proud to say that dream is being fulfilled!

The story follows a washed up high school principal, Don (played by Matthew Stannah), who carries out an investigation regarding several vandalizations occurring within the stalls of the boys bathroom. With his impetuous determination and troubled dysfunctionality, he catches the attention of a young teacher, Mike (played by Kyle Gregory), who coups with Don to bring the vandal to justice. “Graffiti” is currently slated for completion in March of 2021 and will be following with a limited release for film festivals later this year. I directed, shot and edited this film during the heart of the Pandemic. This project was not only self-funded, but came to fruition thanks to the passion and talent of a wonderful cast and crew. I was able to carry out and complete this because I put myself out there on social media and began networking. I love that filmmaking at its core is all about being artistic with a visual medium that allows people to take a journey with you, but we can’t make films alone.

Filmmakers discover ourselves through telling stories that force us to get out of our comfort zone. From there, our creativity will allow us to shine while making our films feel personal to us, but universal to audiences around the world. We put ourselves out there to get the work, to do the work, to share the work. While we should all do what it takes to stay safe during these weird times, we must continue to find away to put ourselves out there and to keep making movies.