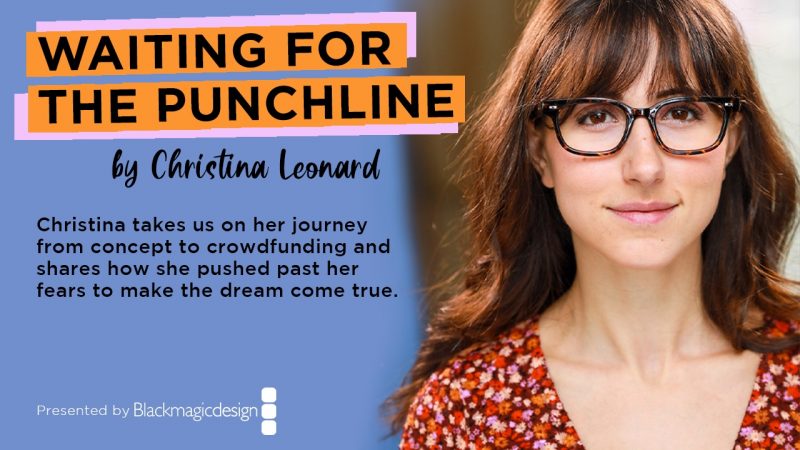 “Waiting for the Punchline” is a short film about a girl from the Mid-west who follows her comedian boyfriend out to LA only to find he’s with another girl… Now she has to find a path for herself, all while fantasizing about murdering her ex. 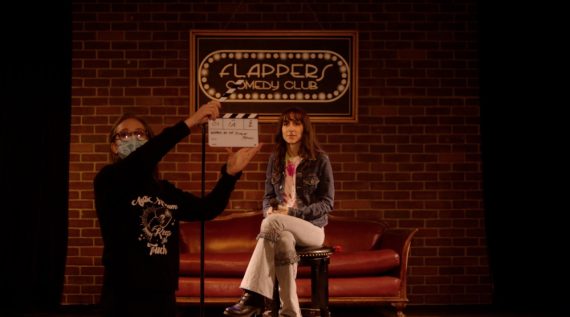 My name is Christina Marie Leonard and I am the writer and pro-ducer of “Waiting for the Punchline.” The idea for this film originated while I was working at a pool hall in Burbank in 2015. Between the fights break-ing out between the patrons and the security guards, the romantic rela-tionships between servers and managers, and the constant turnover of staff due to everyone’s acting career conflicts, the events at this club were hilarious… and sometimes very stressful. In order to cope, I started writ-ing a TV show about my experiences called “This Week at The Bar.”

At the time, I was also performing stand up regularly at The HaHa Cafe, The Comedy Store, and Flappers Comedy Club down the street. The audience for my shows consisted of my coworkers and regulars from my job, so I naturally implemented stand up into the TV show. Eventually I quit my job at the pool hall and started working as a server at Flappers Comedy Club. That’s when I realized that instead of a pool hall, I should just have my whole show set in a comedy club! 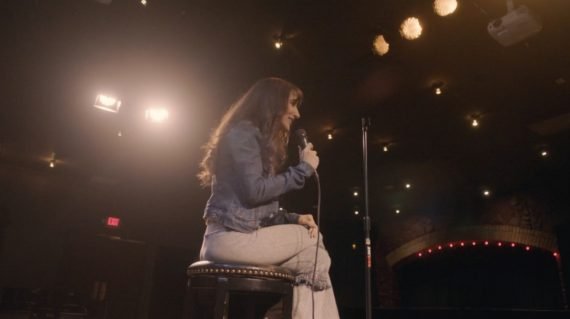 I made many rewrites and worked with mentors on my script who suggested that I focus on the pilot. By 2017, the pilot script, now titled “Waiting for the Punchline,” was still a workplace comedy centered around a crazy cast of lovable characters who help the protagonist, Christy, find her place in the world, but the story I was beginning to tell was no longer just funny anecdotes from my days at the pool hall. It instead morphed in-to an original tale of these characters that I had now been living with in my brain and gotten to know and love so much over the past two years.

I had a table read with a potential director and some actor friends, and it was wonderful to hear it aloud, but I didn’t quite know where to go from there. I knew crowdfunding and producing it myself was an option, but I was afraid. 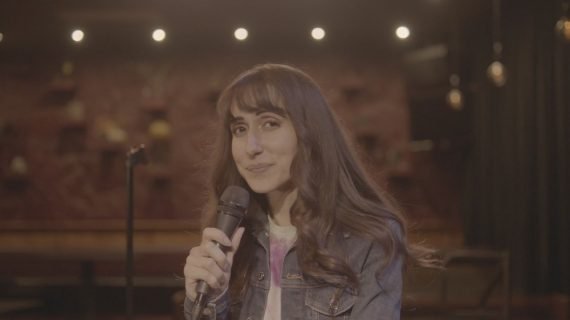 In 2013 right after I moved to LA, I wrote a web series and crowd-funded for it with some friends. We raised $10,000 on Kickstarter and completed the project but it was an extremely stressful experience and I was not ready to do it all over again. At the time, I had been heavily drink-ing and in the midst of an eating disorder which only made things worse.

In 2017 I got sober and was now in recovery for my eating disorder. I acted in indie films and performed a lot of stand up comedy during that time, even producing my own stand up shows, but I still wasn’t ready to tackle writing and producing a short film right away.

In 2019 I decided to start small with a four minute short titled “The Ex.” With the new tools that I had learned in recovery, I was more proper-ly equipped to deal with the troubleshooting that is needed as a producer. In fact, producing was so much fun on “The Ex” that I could actually enjoy acting in my own project which was not the case with my web series years prior. However, for “The Ex,” I didn’t crowdfund; I worked a second job and picked up extra shifts at Flappers to fund it myself.

Then, in February of 2020, a few months after “The Ex” premiered at its first film festival, I started thinking about what my next project would be. I knew in the back of my mind that it was time for “Waiting for the Punchline.”I talked with a potential director/DP, possible location, and got feedback on the script from several trusted writer friends. I took their ad-vice and cut the script down to shoot it as a 12 minute short film. I thought to myself, “I think I’m mentally and emotionally ready to crowd-fund again— I’m going to make this happen!” …and then Covid-19 began. Any plans I had were put on hold indefinitely. 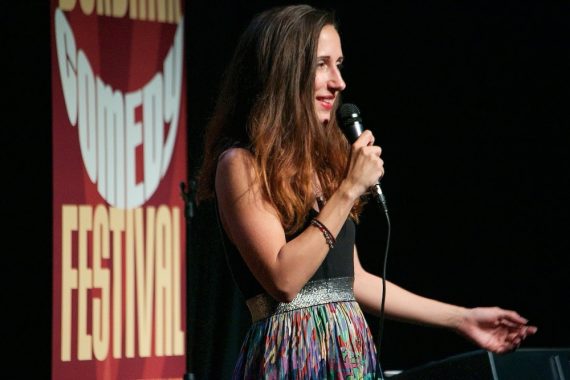 Finally at the end of December, I was making my vision board for 2021 and I added a photo from my pitch deck for “Waiting for the Punch-line.” I was going to a weekly acting group on zoom where we checked in about what we were doing in our careers. I told them about this project and how I wanted to make it happen this year but I wasn’t sure what to do next. They encouraged me to reach out to the DP and director I wanted to work with and see if they were interested. I now had a deadline and ac-countability! The huge task of producing a project had transitioned into the task of making one phone call a week.

I made the phone calls, and they said yes! Once we shot the pitch video, it became real, and once director Lizze Gordon was on board, I was no longer doing this alone. We were a partnership. She brought on our cast and crew and then we were a team.

I approached a group I’m a part of, We Make Movies, with some questions about pre-production, and they suggested I look into Seed and Spark as a crowdfunding platform which I then began using, and it has been great. My heart is exploding from how much people are believing in me and this project.

It definitely took me a long time to get started, but I feel that I had to endure that journey in order to get to the place where we are now. I’m so happy with the progress that we have made so far, the people I am work-ing with, and the story we are about to tell. We are looking forward to sharing this project with you all!