You’re the director of this movie. You’re on location, on set, walking along the Normandy coastline. You look out to the sea and observe the hundreds of Higgins boats filled with actors and extras dressed as Allied soldiers approaching the shore. You look back to the awaiting ranks of German infantry actors and extras, guns at the ready. The realism is flawless, each department making an impeccable contribution, all leading up to this moment. You check the sun’s position, it’s magic hour, then pipe into the microphone for all 31 camera operators to take their place, yes that’s right 31 camera ops, each with a different perspective of the ensuing battle. The cameras roll, action! You, the 32nd camera operator, record the carnage from the widest angle of the battlefield.

Take a pause and imagine the requirements to film this scene…. the budget, the cast, the crew, the equipment, logistics, training, timing and reshoots, not to mention the VFX and sound design in post. This is an enormous production to pull off, however inside a video game, it’s all possible from the seat of your couch.

The days of Tetris and Atari are long in the past, and though video games have always been  a leader in innovative storytelling, they’ve finally approached what was once dreamed: photorealism. Video game graphics are now displayed in super sharp, 4k resolution. The characters, worldbuilding, and free roaming gameplay parallel reality. While this WWII video game scenario is fictitious today, it’s only a matter of time before it’s possible. The proof is out there in my latest short film, “Ida B. Wells: A Red Record”. 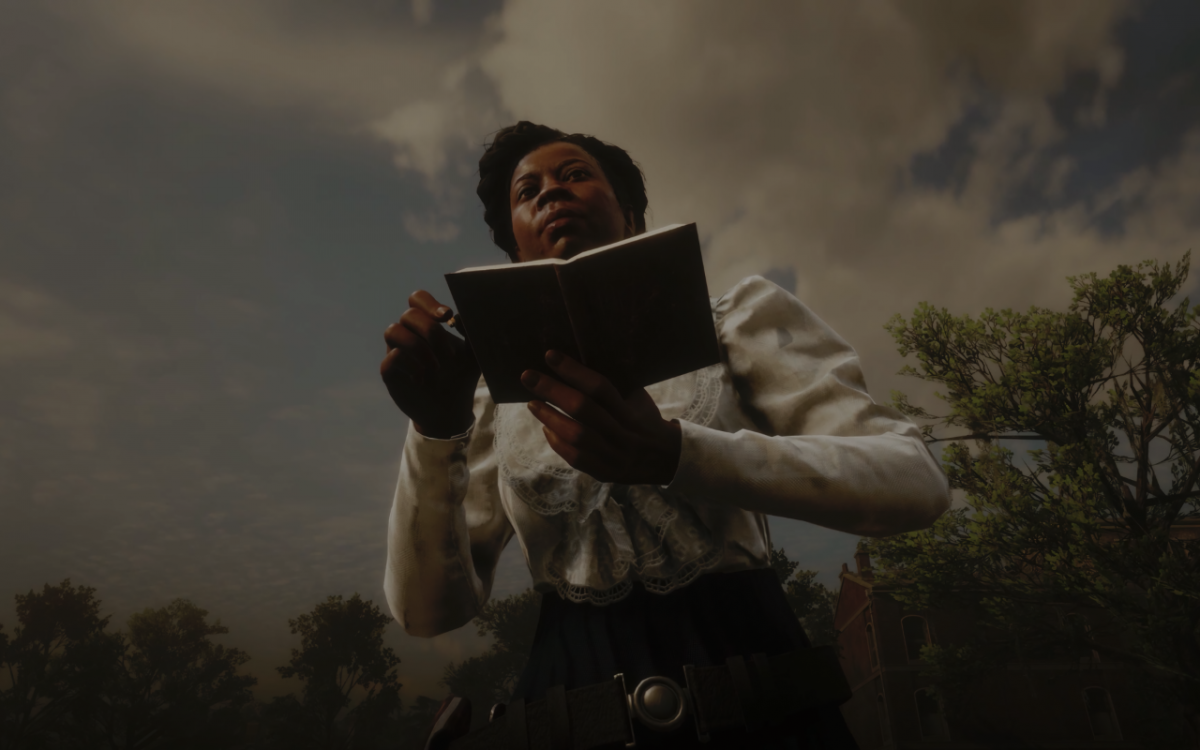 Back in June 2020 when faced with Covid lockdown, my live-action filmmaking projects were sidelined and I decided to create with what was within arm’s reach. The best designed video game to date, Red Dead Redemption 2, became my chosen medium, and I found the inspirational and legendary figure, Ida B. Wells, a more than worthy character to feature in a dedicated biopic.

The filming process involved two gaming consoles (I prefer Xbox), a 4k television to capture the 4k footage alongside an HD television, and a computer capable of running the 4k capture card. To get started, I knew I could create two characters within the online platform of Red Dead Redemption 2, Ida B. Wells and another character, and I knew that if I uploaded these two characters into the same lobby, I could record the actions of one character with what I was witnessing from my other character’s perspective. That I all knew, and it worked. What I didn’t know was what I had gotten myself into… 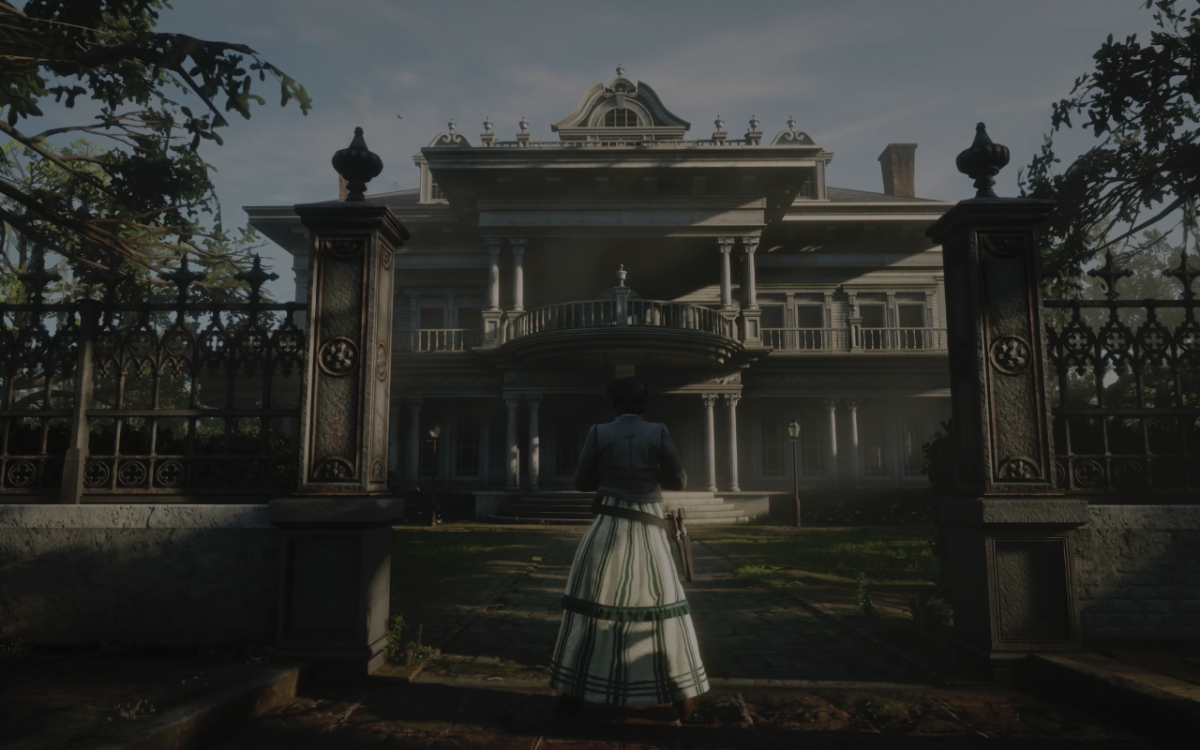 Making a film inside a video game is similar to many aspects of filmmaking, except the gamer, one person, is responsible for every decision in every key department. You’re every crew member, and in my case, every cast member. Each film begins with a blueprint, and in this project, I had underlying source material and a strong outline for my script. I next needed funding for my film.

Yes, it seems to not escape us filmmakers, I needed in-game currency earned within RDR2 to make the necessary purchases for the production, i.e., pay for cast members, costumes, hair and makeup, transportation, craft services, etc. Thankfully, I already had an existing character ranked up on one Xbox account, unlocking a full wardrobe and range of emotes (actions) needed for the film. I created my other character to resemble Ida B. Wells at age 30, and this character too required a high ranking to where she could perform actions in the game like write in a journal and unlock the proper wardrobe for the depiction of a Black female journalist in 1890s America.

With Ida B. Wells camera-ready, it was time for me to enter the free roaming world of RDR2 online. This video game offers first and third-person perspectives, allowing me to record my “actor” from over the shoulder, or use the first-person perspective to record from the POV of my other character, my “camera operator”. After a couple hours of gameplay and recording, I noticed my actor was slouched, looking weary. It donned on me she was hungry and must be fed to continue filming. And then creeped in the bigger realization that to create this movie it would be a huge, time-consuming process. 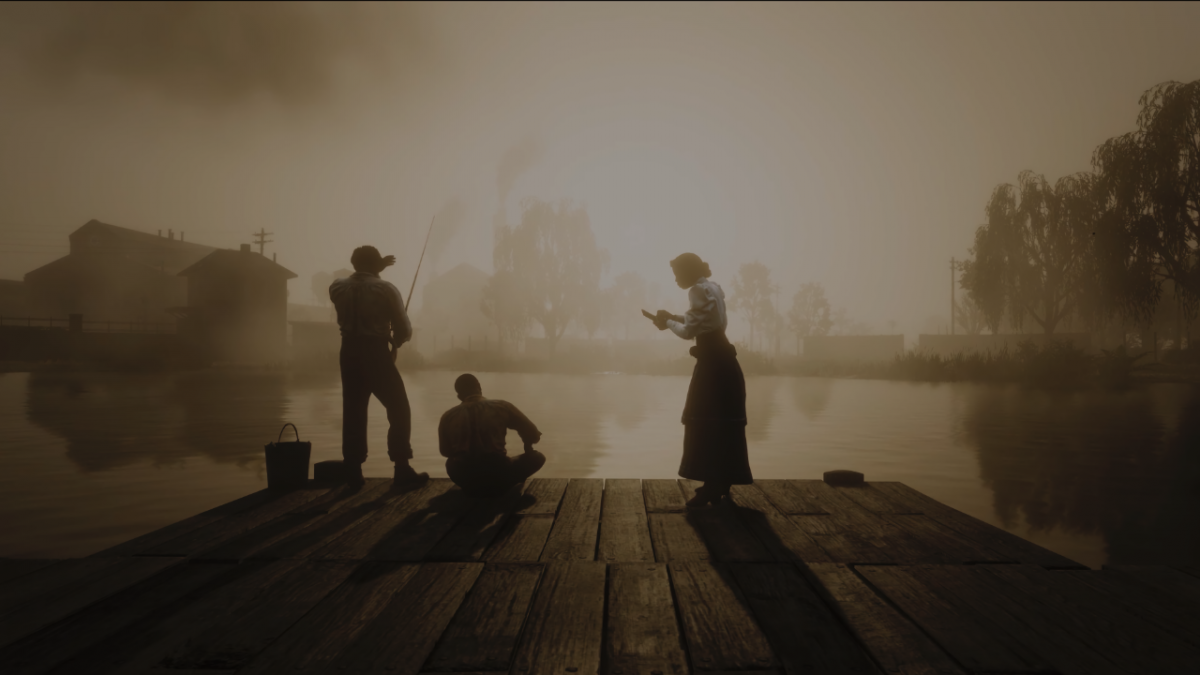 What began in July 2020, was filmed up to its launch date in November. I did not anticipate the time involved for every scene and I had to develop a lot of filmmaking skills during production. In past projects I worked with a talented filmmaker, Atom Jones, and since this project was a solo effort, I took the reins in two new departments, cinematography and editing. From behind the camera, I learned about the components that align for that perfect shot and how to craft a story from perspective. With the edit, many times I took footage into DaVinci Resolve and became surprised by what hit the right aesthetic and how every millisecond of frame matters.

These skills grew over time and the process became smoother, yet the production came with ever-present obstacles. Traditional ones like weather, time of day, and retakes, but this medium also included new challenges like your actor getting mauled by a cougar, waiting around for hours for an AI character that can’t be scheduled, or perhaps at the perfect moment to roll camera, a gamer, a complete stranger in this virtual world, walks up to you and shoots you dead.

All of these occurred in this nonprofit endeavor and in the end the attention to detail was worth it to showcase a film that honors an incredible person in history. “Ida B. Wells: A Red Record” is produced by ReishmanFilm and will remain on YouTube and Vimeo. This short film is only an evolution of what is capable for filmmaking and video games, with future possibilities endless.

So what’s next in the immediate future? For me, ReishmanFilm’s fifth short film, “Next Level”, incorporates 23 video games and will launch on YouTube and Vimeo later this spring. At the moment, these unlicensed, machinima productions are for fans and portfolios. However, it’s only a matter of time until video game companies grant licenses to filmmakers so they can share in the ownership of these movies that will rival any Hollywood blockbuster, all produced within the comfortable confines of home. That day will be a real game changer.