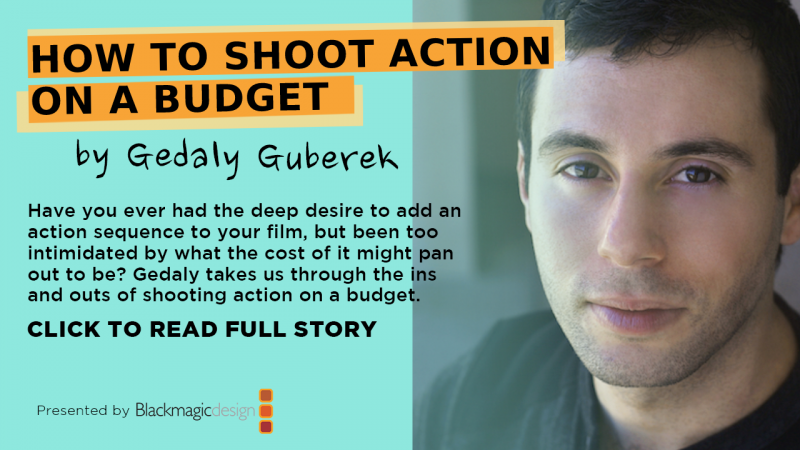 Action movies are awesome! Seeing fights, explosions or chase scenes have been part of cinema from the very beginning and they continue to be popular. Unfortunately, action tends to be very expensive to produce, so indie producers tend to shy away from it. But if you have a story that would benefit from action, you don’t need to cut it out entirely.

I love action cinema and have made my own efforts to produce several projects, including a Kung Fu Action-Comedy, a Star Wars-inspired lightsaber fight. 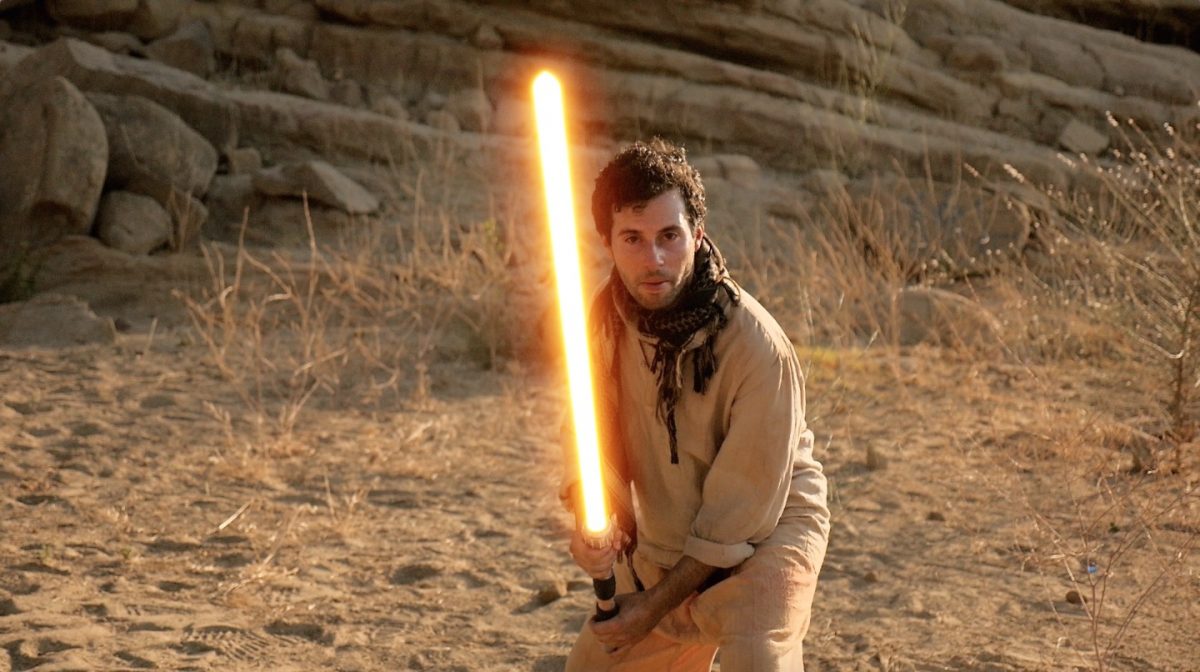 Here’s a few lessons I’ve learned that might help you spice up your projects while staying safe & low budget:

You’re an indie production, so cars that fall off a bridge and explode are probably out of the question. And so is a CGI heavy battle with superheroes smashing into buildings. A film is a great medium for the grand spectacle of huge battles scenes or giant explosions…But it’s also a great medium for the impressive things that a person or two can do (even if it involves movie magic). Whether that’s a high kick, moving incredibly fast, or another specialized physical skill. I call this intimate spectacle.

And the most intimate sort of action you can have is a fist fight between two characters. Big movies will spend plenty on the flashy whiz bang sort of things because they can. But some of the most memorable action scenes are that way because of their smaller scale, not in spite of it.

I’ve taken martial arts classes for several years and studied with some great fight choreography teachers, but I don’t know everything. Working with real pros makes a big difference. When acting with real stunt people, their training is all about making the actors look good. A capable Action Director or Stunt Coordinator behind the camera will tell you when a hit read on camera or not, and will be able to give adjustments to improve the shot or performance. Also, they keep things safe.

In short, your action will look better and you’ll avoid injuring your performers. Sounds like a win-win to me!

It’s fine to “find it on the day” when you need to for a dialogue scene. But action? No way!

First of all, rehearse! Make sure your performers can do everything slowly and safely. Keeping proper distance, knowing how to react. Mistakes here are not as easy as going back and picking up a line. Mistakes could mean your lead actor gets punched in the face, or worse.

Having your DP attend a rehearsal is super helpful too. This way you can figure out how to cover the action so it looks its best.

If possible, rehearse in the location ahead of time. Things can change when on set, but if you’re rehearsing on a wood floor and filming in mud, movement and choreography can change dramatically.

Be kind to your production designer and let them know if something will be used in an action scene. Don’t let that expensive thing breaking ruin your day. Make a stunt prop. If something is going to be used in a fight, it should be lighter and softer than the real thing. Heavy briefcase? Paint a cardboard box. When it’s being thrown, no one will notice. Then cut back to a shot with the real prop when it’s still. Using a lightsaber? Make sure to have backups. I didn’t, and we had to continue with a haphazardly glued item.

Breaking something in the scene? Have lots of extras so you can get as many takes as you need.

A dialogue scene is often covered for several angles. You’ll get full coverage with a master, OTS’s for each character, maybe a couple singles, and maybe some inserts. That’s fine for 2 people who are mostly standing and talking. But for an intense, physical, stunt-filled scene? That’s a good way to tire your performers out before you’ve gotten everything you need.

Also, not every punch or kick looks good from every angle. Use the work you did in prep to determine the angles that will work best for each section of the fight, then just shoot those.

This was popularized by the Bourne movies. And then everyone hopped on the bandwagon loving the frenetic energy of it. It’s overdone, the audience can’t follow what’s going on, the actors don’t look good, and the choreography is basically ignored. Some people justify it by saying “it puts you there in the fight”. But unless you’re doing this elsewhere it doesn’t make sense.

When someone is on a horse or running, do you suddenly start shaking the camera randomly? No. So don’t do it in an action scene.

Clarity comes from getting shots, but plenty of fights get ruined by quick cutting to shots. Sure this can make it feel more hectic, but’s always better when the audience understands what’s happening. Check out a few seconds of this fight where it’s hard to see who is who and what is happening.

You can’t confuse your audience into thinking something is awesome. If what you captured on set wasn’t great and you need to hide some of it, that’s fine. That’s the magic of editing. But don’t ruin good work with poor editorial choices.

Try speeding things up first or cropping slightly to make sure the viewers focus is on whatever is important in the frame. 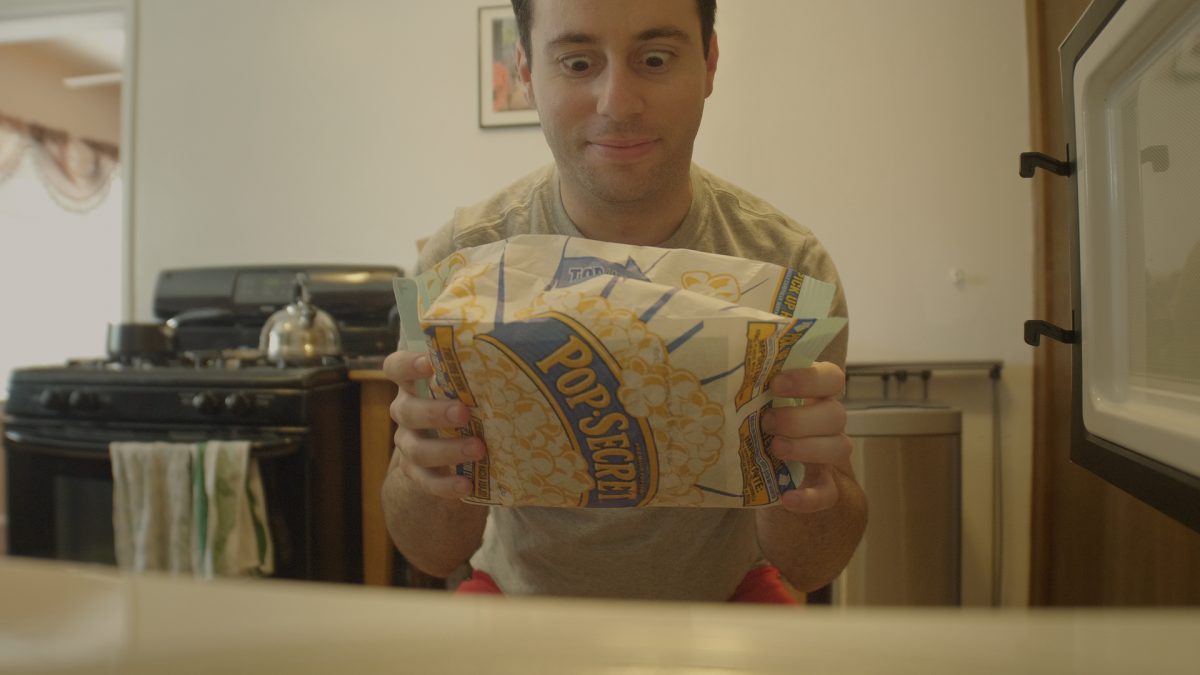 Action is awesome, so enjoy the process. Once you’re set with all of the above remember that you’re making something that will look really cool! So when you get a shot that looks epic, celebrate! Show playback to your crew and let the performers savor the fact that they look like a badass.

If you have not considered shooting action before, I encourage you to try it. Find some stunt performers who are training and shoot something small.

Or study scenes from action movies in slow motion to see how they did it. As long as you keep your cast and crew safe, action can be incredibly rewarding and a memorable part of any movie.