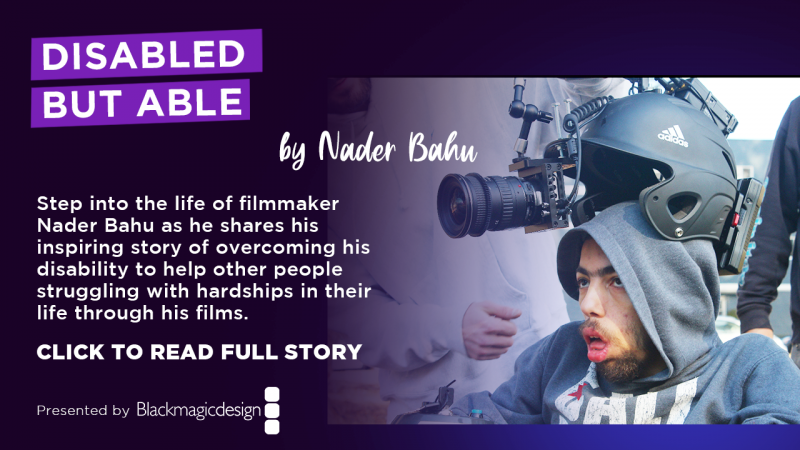 My name is Nader Bahu. I have a one-of-a-kind disability that speaks to the incessant challenges disabled people face. Yet I have also had some remarkable victories, and my story is one which your readers should know.

My story is a special one because I have experienced a lot of self doubts due to losing my abilities over time. The big ability I have lost would be my walking, which has hurt my own confidence in achieving my dreams. Despite that factor in my life, I have pushed myself to the best of my ability to succeed. I feel my success came from my hardships and the hardship I have faced is the main reason why I’m so motivated to succeed.

I have a muscle atrophy disability that causes muscle weakness, which leads to having an open mouth, voice impairment, an inability to walk, and the weakening of my body over time. Due to this, I have learned throughout the years and have a deeper understanding of being underrepresented. I have experienced a lot of hardships due to my disability, but I have turned those hardships into short films to help others with theirs. I do not see the world as good versus evil, but as a world with many complications and trials. I have been told by many people that I can not achieve my goals due to my disability. Despite this I feel I am doing the things that I love.

My films center around my trauma and are documentaries about my past hardships. They focus on harsh topics like suicide, loneliness and discrimination. I have also touched upon lighter topics like friendship and being able to accept yourself. I am branching out to a more fictional storytelling perspective than a documentary style to broaden my creativity. 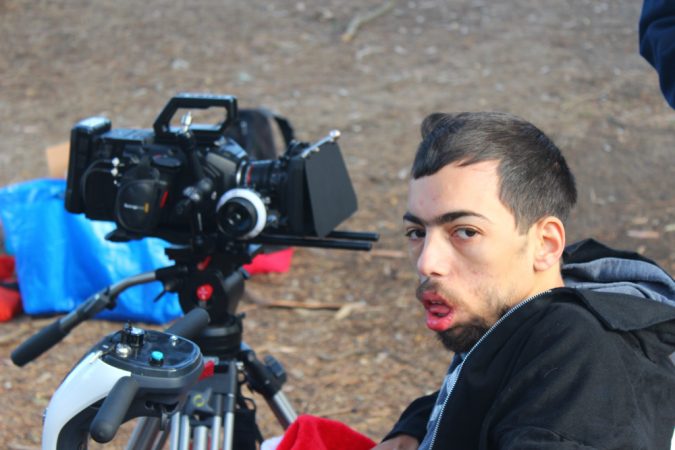 I started filmmaking with my iPhone, a pair of normal headphones and my MacBook. My first film “Push Forward” was inspired by my suicidal thoughts and middle school experience. It was born out of reoccurring nightmares due to emotional and physical trauma, and I felt compelled to make a suicide PSA. I never told people about my suicidal thoughts in middle school, but I had a huge need and urge to bring awareness to this issue. I knew people would see me differently, but I didn’t know if it would be a positive or negative view of me. All I knew is that I needed to make this short PSA. After its release I received a lot of positive feedback and love from both my friends and family. The short film has been making circles around my local community and was shown in a festival in Tracy, California as well as a theater in Las Vegas. The film ended up on TV on San Mateo, California’s KCSM channel in between their shows for one week.

After “Push Forward” I created two more documentary short films: “My Biggest Change” and “From Freak To King.”  Neither made the splash “Push Forward” did, but I am proud that I shared those stories.

“Outcast” has been to many film festivals around the world and has won first place in the Milan Mobile International Film Festival. This was my first film award and it is something I hold dear to my heart. The film has been a semi-finalist for the International Smartphone Film Festival, an organization that helped me put the short film onto Amazon Prime. “Outcast” was also the winner of FilmCon Best Inspirational film in 2020.

From 2018 to 2020 I was studying cinema at San Francisco State University. I was living alone for the first time, but I knew I could take care of myself despite being disabled. During this time I mostly focused on my school work and trying out new filmmaking genres. I tried horror, sci-fi and comedy.

In my final year at SFSU I had to make a short film as part of my senior thesis project. I have written and given an idea about the film to my school, which has given me the nomination for the Princess Grace Award in May 2019. The film was my first big production short film and it is something I am extremely proud of. I used a Black Magic Design Ursa Mini and a helmet camera.

The film is named “Faith” which is a short film that deals with loss of friendship, loneliness, and learning to believe again through the disability perspective. I created this film to have a Christmas Carol-like feel because I felt it was the most interesting and best way to make this film. The film was well received and had more success than my film “Outcast.” The film is still making it’s festival rounds and getting the attention it deserves.

I planned, wrote, acted in and directed all of my films. I have edited all of my films except for “Outcast.” All of this points to my huge passion for filmmaking. I know if I believe in myself, have faith in God, and continue to keep going then I can accomplish anything. I am hoping I can find more opportunities in this industry and be able to share my stories to the world.