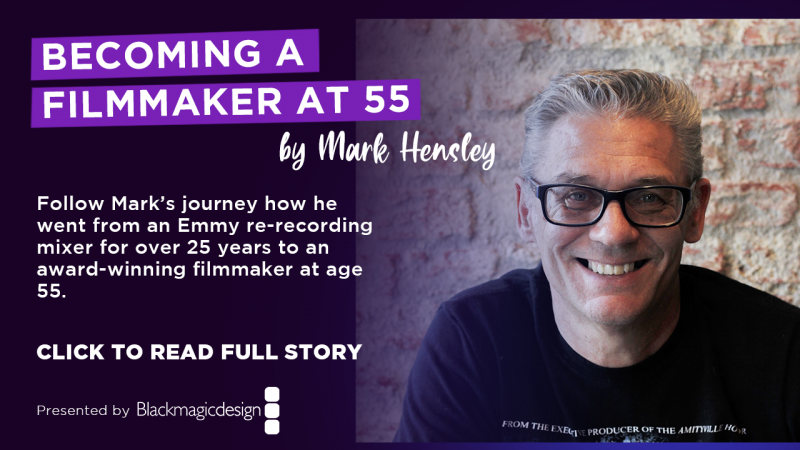 I am a re-recording mixer by trade. I’ve been doing that for over 25 years, and have received three Cinema Award Society Nominations, three Emmy Nominations and an Emmy Award for mixing “Genius: Picasso.” Being a filmmaker/director/producer was never on my radar.

So why did I become a filmmaker at this point in my life? 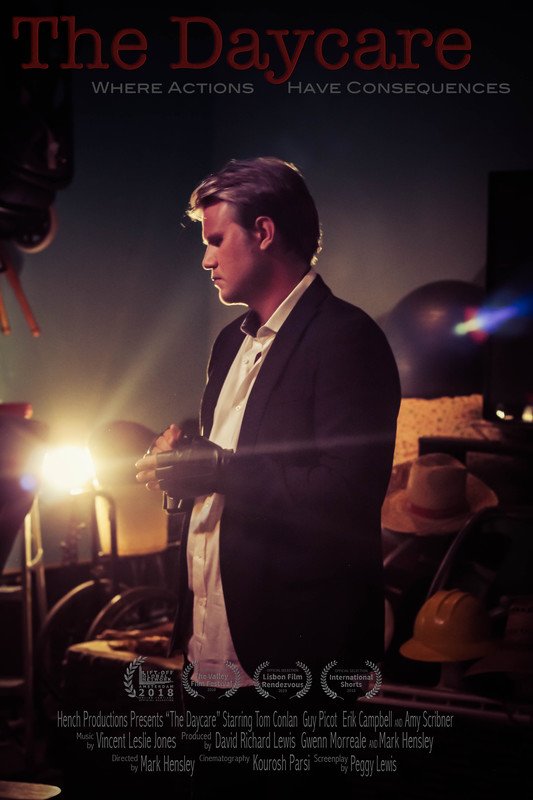 In the summer of 2018, I directed my first short film “The Daycare.” I had come up with an outline and had my wife Peggy write the script. I then used cast members from a musical I had produced the year before–an original musical written by my wife called “London Calling” with music by The Clash. We scheduled a rehearsal, I found the locations, scheduled a one-day shoot, and I hired a cinematographer to shoot it. I then set about teaching myself to edit. A few months later, it was finished. It was accepted at several film festivals around the world, was a finalist at a couple of them, and that was that.

Or so I thought.

Around January our friend Guy Picot, who was in both our musical and “The Daycare” short film, asked if I would be interested in producing a run of an original Christmas play of his, which he had put on before both in the United Kingdom and Los Angeles. How could I say no?!

As we started planning, he asked if we could film one of the performances, as I had done that for my wife’s musical as well. After saying yes, I started thinking: Why not shoot it as a movie when the run was over. The actors would already be rehearsed. I’d build the main set in our two-car garage. We’d adapt the script, so it didn’t take place in the one room the whole time. A real movie! Yeah!

I set a goal for myself to direct at least three short films before shooting the feature. I also knew that having the time to shoot, and the ability to do when needed, is what would produce the best result.

I started looking into cameras. I got a great deal on a Dual Blackmagic 2.5k Production Camera setup. I literally shot the first short that weekend. It was called “Senior Moment.” It was a great learning experience as I researched online about lenses, ISO, shutter speed, focal length, and lighting. I picked up a Deity Connect wireless lav system, a Deity boom, and a Zoom F4. I started shooting. Then I bought some lights and shot another super short film. Bought some more lights, a mini jib, a gimbal, and a slider to upgrade my films even further. I also started learning about color correction. OCD. It’s a helluva drug.

Then I hooked up with a film group and we started planning the first shoot. We picked an easy script called “Bad Agent” because it was our first time working together. I set a date, picked a suitable location, and we shot it in a day.

I then decided to do a Stephen King Dollar Baby film, an arrangement where author Stephen King grants permission to students and aspiring filmmakers to adapt one of his short stories for $1. I picked “The Man Who Loved Flowers” and had my wife write the adaptation. We shot in five locations in two days. To date it’s been in four film festivals, was a finalist in one, and won “Best Horror Film” in another.

Now I had my three shorts under my belt, all of which I did the editing, mixing and color correction, and they didn’t completely suck. 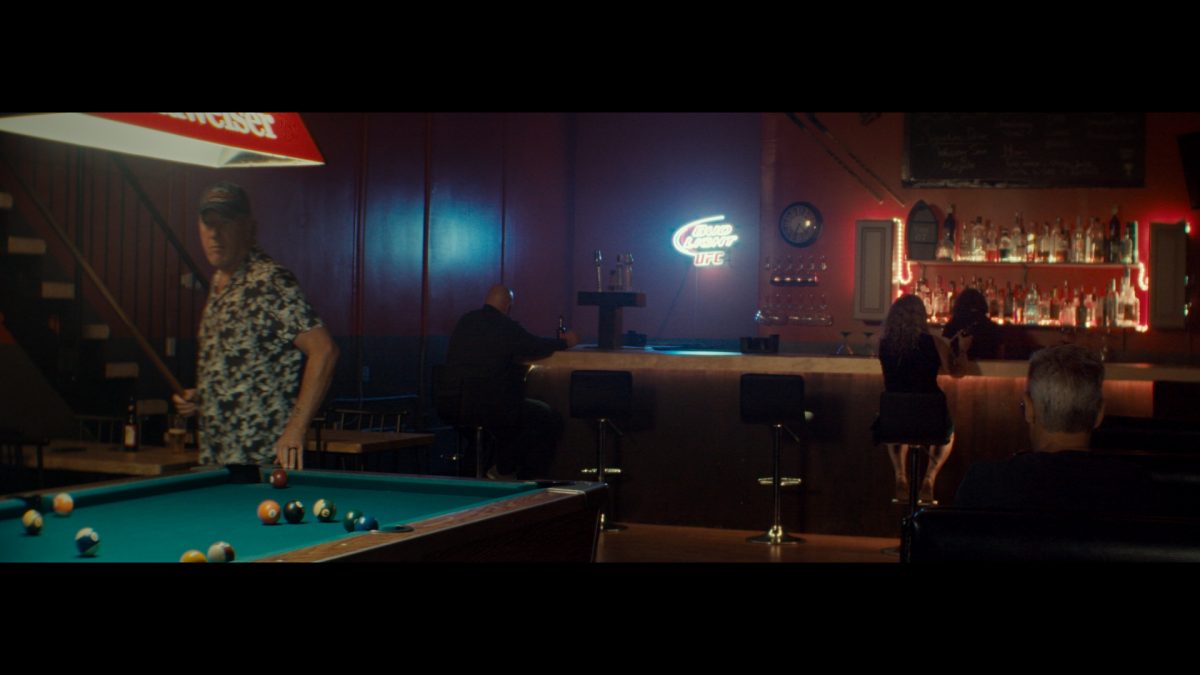 Christmas arrived, and I produced the play. This gave me the chance to see it and figure out what we could do to take scenes out of the one location. After the run finished, I started working with Guy on the changes for the script. Well, really, I gave him some ideas and he did all the writing. I also started building the set in my garage with my brother-in-law, while continuing to shoot little things for fun like a music video “Alibi” for a friend.

Things came to a standstill.

But instead of doing nothing, I started doing solo shoots at home for various “stay at home” contests. I also recorded a couple of cover tunes, and made music videos for them as well, which helped me really get to know the camera, lenses, lighting, and color correction a lot better. To date, the music video “Alibi” has been in three festivals, and won “Best Music Video” in one, and “Fascist Groove Thang” has been in two festivals, nabbing one finalist.

I have just finished another short “You’re Early” and entered the cut down version in the Rode Real contest. In the middle of making that one, I was inspired by the Texas anti-abortion law. Woke up the next day and wrote my first script by myself that is a commentary on not just that law, but about the state of our government. I’ve already started filming it, and it should be finished by the end of November. 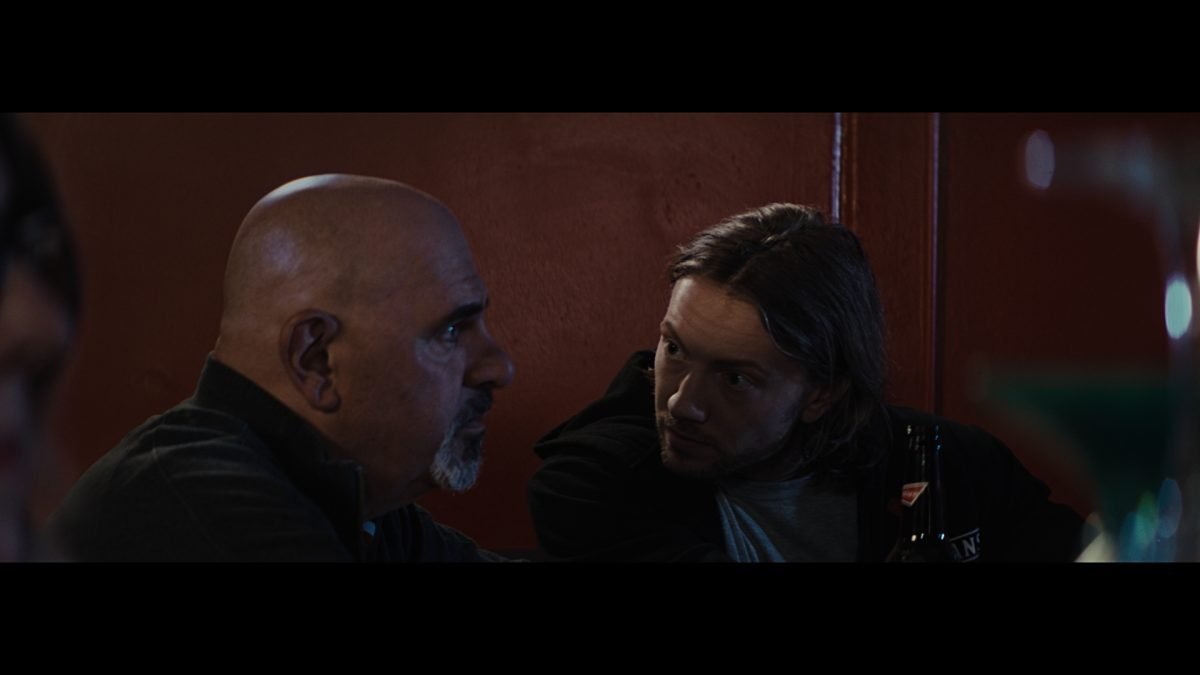 I wouldn’t have traded my sound mixing days for anything. The years I spent watching the projects I worked on, I realize I was subconsciously learning about pacing, editing and cinematography, which I think made me a better filmmaker from the start. 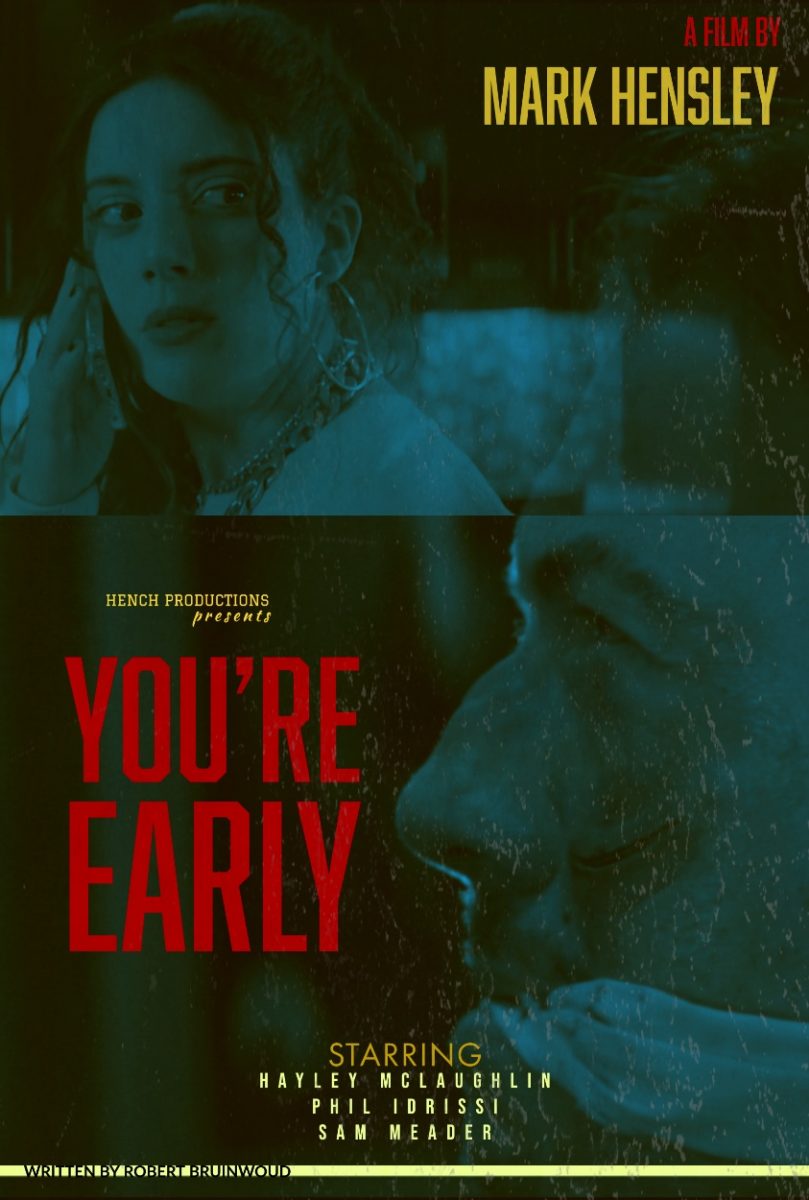 When I started directing, I would have never dreamed that in such a short time I would create the number of projects I have, let alone win any awards. If you are drawn to become a filmmaker, or making any major career change, then get out there and do it. Two years ago, I knew nothing about lenses, ISO, F-Stops or lighting a scene. If I can do it, you can too.

Share This
Acting: Dancing Your Way to Your Character
ACTING WHILE DIRECTING, DIRECTING WHILE ACTING