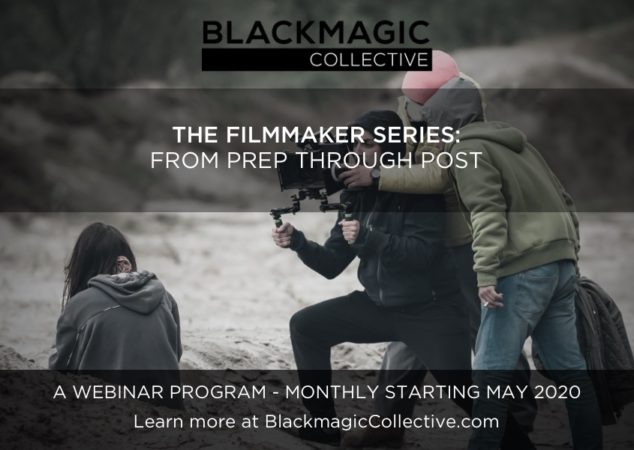 All Access shines a light on the gear, techniques, and craft of filmmaking as a disabled filmmaker, as well as highlighting the many talented filmmakers themselves. We hope all creatives (able-bodied and disabled) will become an active part of the conversation.

In 2020, we kick off the initiative with a series that will be live once a month starting in July.

Join a panel of disabled documentary filmmakers for a discussion on how documentaries are bringing authentic stories about disability to a wider audience! 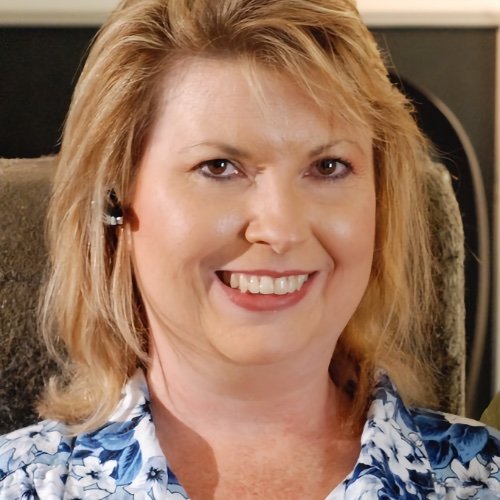 Jenni Gold is an award-winning writer and D.G.A. director as well as an accomplished producer and editor. She is a passionate, creative, and versatile entertainment industry professional experienced in development, production, and post-production. Jenni’s tremendous skill and ingenuity enable her to expertly helm a motion picture set even under tight deadlines and budget constraints. Jenni, has Muscular Dystrophy and has used a wheelchair since the age of seven. She went to film school at the University of Central Florida where she graduated Summa Cum Laude with two BA degrees, one in Motion Picture Production and another in Radio and Television Broadcasting. Ms. Gold is also a film industry inclusion thought leader and an Advisory Board Member for the Geena Davis Institute on Gender in Media. Jenni’s dedication to the art and the craft of filmmaking along with her passion for storytelling and entertaining audiences is clearly evident in her work and achievements.
Close 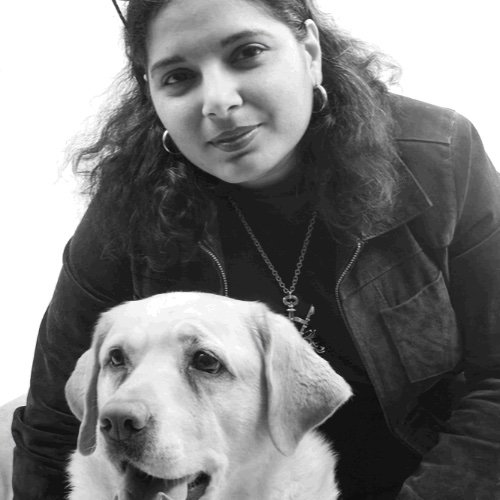 Day Al-Mohamed is an author, filmmaker, and disability policy executive. Her work includes the Young Adult novels, “Baba Ali and the Clockwork Djinn,” and “The Labyrinth’s Archivist.” She is a host on Idobi Radio’s Geek Girl Riot with an audience of more than 60,000 listeners, and her most recent documentary is about little known regiments of disabled soldiers in the Civil War, “The Invalid Corps”.

She is a founding member of FWD-Doc (Documentary Filmmakers with Disabilities), an active member of Women in Film and Video and a graduate of the VONA/Voices Writing Workshop. However, she is most proud of being invited to teach a workshop on storytelling at the White House in February 2016.

Day is a disability policy executive with more than fifteen years of experience. She is currently a Senior Policy Advisor with the Federal government. Day presents often on the representation of disability in media, most recently at the American Bar Association, SXSW, and New York ComiCon. A proud member of Coast Guard Auxiliary Flotilla 24-01, she lives in Washington DC with her wife, N.R. Brown and guide dog, Gamma.

Shannon DeVido is an accomplished actress, comedian, and singer. She is best known for her roles in Hulu’s Difficult People, Netflix’s Insatiable, Comedy Central’s Delco Proper, and Law and Order: SVU, as well as appearances on The Nightly Show with Larry Wilmore and Sesame Street. Shannon starred in the world premieres of Michael Lew’s dark comedy Teenage Dick at the Public Theater and Samuel D. Hunter’s The Healing. Shannon has also acquired a dedicated following on her disability-focused comedy YouTube channel “Stare at Shannon.” In her latest project, she leads the cast of the full-length independent feature film Best Summer Ever, an award-winning musical comedy which had been set to premiere at SXSW in 2020.
Close

Casting is a critical step in any production. The art of a great cast is in its diversity, and how they can help mold your story into something even better. In this month’s All Access talk, we’ll discuss the importance of authentically casting performers with disabilities, the improvements that have been made in this area, the work that needs to be done, film and television that gets it right, and set the record straight on common casting misconceptions. 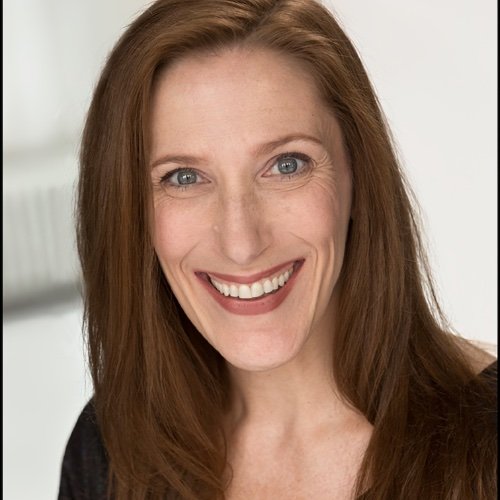 Bonnie Gillespie is living her dreams by helping others figure out how to live theirs. As a weekly columnist, she began demystifying the casting process for actors in 1999. Her most popular book is “Self-Management for Actors,” the curriculum upon which her teaching is based. As producer and casting director, Bonnie specializes in indie darlings. Whether casting or coaching, she is passionate about leaving the entertainment industry better than she found it. 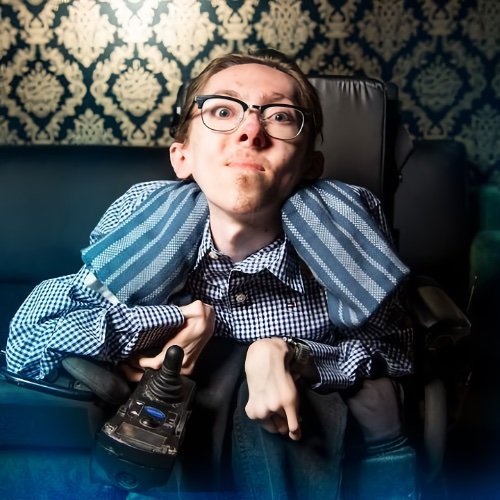 Steve Way is an actor and stand up comedian. He was born with Muscular Dystrophy and is an advocate for disability awareness. Steve performs stand up in the NJ/NY area, motivational speeches around the country, and is the co-creator and star of the web series Uplifting Dystrophy. He can be seen in the Golden Globe winning Hulu show Ramy.
Close 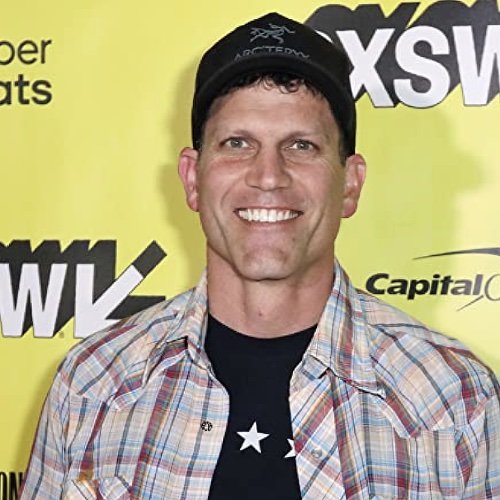 Michael Schwartz is a filmmaker from Northern California. His roots as a traveler and artist are constant influences on the projects he chooses and people he surrounds himself with.  Some of his accomplishments include riding his bicycle across the country, planting an orchard, and growing a really big beard.  In 2014 Michael and Tyler Nilson collaborated on a short film called The Moped Diaries and co-founded a production company called Lucky Treehouse; together they make films, commercials, and marinara sauce.
Close

Chapter One: Gear for Disabled Filmmakers

Join us for a lively discussion on how to make your gear work for you when you’re a filmmaker with a disability. Panelists will discuss gear that is available that’ll help you focus on being creative rather than frustrated with lack of access. You’ll also hear stories of how other disabled filmmakers are getting their films made.

We highly encourage all filmmakers to join to be more in the know about gear that’s out there that fits all of your independent film needs, as well as to be educated on how you can be more inclusive on your projects.

*Early registration is required for attendance. Note that a password will be sent to you for entry. Make sure you’ve downloaded the most recent version of Zoom at Zoom.us 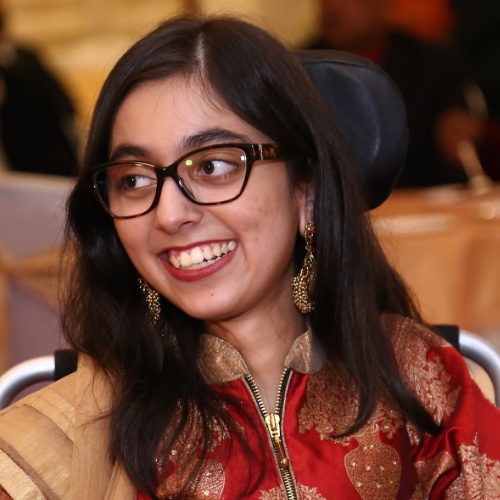 Shaina Ghuraya is a graduate of the University of Southern California’s Master of Fine Arts program in Film and Television production. She jokes that she is a triple threat (disabled, Punjabi, and a woman), and became a fierce activist for people with disabilities after experiencing discrimination at her undergraduate college. She rallied the community of students with disabilities on her campus and directed a video about the lack of services the college was providing, leading to widespread change and improvements on campus. This put her on the filmmaking path, and at USC Shaina has developed her style as a director – bold, unrelenting, and quirky. Her passion is making fictional content that embraces diversity and explores intersectionality. 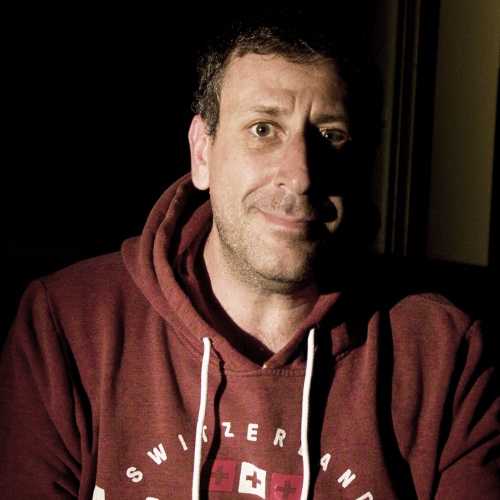 Peter Renzullo is an established musician and music producer in Perth, Western Australia. With over 25 years as a performing musician, plus the owner/operator of Scudley Records recording studio, Peter has produced countless albums for local artists, as well as collaborations with many prominent local and national artists.

He ventured into the world of film score writing in 2014, and produced all the music for Jordon Prince- Wright’s films, including the award-winning film The Decadent and Depraved – for which he won a ‘Best Main Theme Song in a Feature Film’ in the 2018 Oniros Film Awards.

He started making his first feature film, Anticipation, in 2017. This was a film written, directed, produced, edited, scored and cast by Peter. He gained national and international recognition for the fact he is legally blind, with only 3% central vision left – so the fact he was cinematographer for the film caught the attention of media outlets such as the ABC Television Network, many Australian newspapers, and Los Angeles-based international camera manufacturers Blackmagic Design.

Shannon DeVido is an accomplished actress, comedian, and singer. She is best known for her roles in Hulu’s Difficult People, Netflix’s Insatiable, Comedy Central’s Delco Proper, and Law and Order: SVU, as well as appearances on The Nightly Show with Larry Wilmore and Sesame Street. Shannon starred in the world premieres of Michael Lew’s dark comedy Teenage Dick at the Public Theater and Samuel D. Hunter’s The Healing. Shannon has also acquired a dedicated following on her disability-focused comedy YouTube channel “Stare at Shannon.” In her latest project, she leads the cast of the full-length independent feature film Best Summer Ever, an award-winning musical comedy which had been set to premiere at SXSW in 2020.
Close