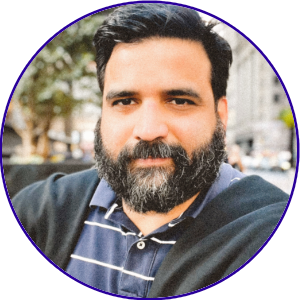 Antonio Oliveros-Nikol is a Venezuelan filmmaker based in New York City. He was born in Maracaibo, Venezuela, and immigrated to the United States in 2002. He earned a Bachelor Degree in Film Production from The City College of New York in New York City and runs his own production company, Antolix Productions. 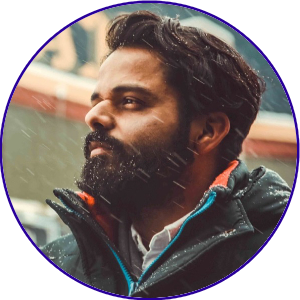 Arkesh Ajay is an Indian-origin writer/director currently developing projects for Alex Gibney’s Jigsaw Productions, and Vikramaditya Motwane’s Andolan Films. He is a recipient of the Alfred P. Sloan Screenwriting Award for “The Kitchen Chemist’s War”, a biopic of Jonas Salk, previously optioned by Marginal Media, and featured as a Staff Pick at Ron Howard / Brian Grazer’s Imagine Creative Network. He directed James Franco and Topher Grace in “Mississippi Requiem“, an adaptation of a William Faulkner story for Lee Caplin/Picture Entertainment.

Arkesh is also the editor of the feature documentary, “Waterschool“, which had screenings at Sundance, Cannes, and TIFF amongst other festivals, and was previously distributed on Netflix. His other films have screened around the globe including at Austin, Nashville, Outfest, and Denver. Arkesh has an MFA from the UCLA Directing program, and awards from the HFPA, MPAA, and the Panavision New Filmmaker Grant. 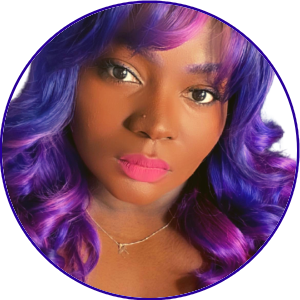 Asha Chai-Chang is an Award-Winning Writer/Director and Emmy Nominated Producer. As a First-generation Afro-Latina and Caribbean-Asian American with disabilities, Asha is a stigma disruptor as a Yale graduate and former finance professional turned production company owner. Asha is making strides as a 2022 TV Writer Fellow in the Inaugural RespectAbility Children’s Content Disabled Creators Lab and a 2023 Writer/Director Fellow for the Los Angeles Latino Film Festival (LALIFF) Inclusion Fellowship, both sponsored by Netflix.

As a Sci-Fi/Fantasy nerd and gamer, Ms. Chai-Chang inspires people of color to get into STEM through her projects and as a panelist at Comic Conventions and Universities. Her Sci-Fi/Comedy “Spoiler Alert” and Family drama “All by Design” films have been recognized by Oscar-qualifying film festivals and the NAACP. Impacting audiences of all ages, Asha is creating a preschool animated Spanish bilingual TV series, “Wendy on Wheels” and fantasy teen comedy, “Harlequin Heights”.

As an invited guest of the President of the United States, Asha visited the White House in celebration of her advocacy for diversity and disability inclusion and the 32nd Anniversary for the ADA. Dedicated to highlighting films made with and/or by disabled creatives, Asha serves as a Co-Founder, Co-Captain, and Juror for the Academy Award qualifying Unstoppable program at Slamdance Film Festival and has been interviewed by publications including Variety, Hollywood Reporter, and Forbes.

Asha also serves on the Black Directors Advancement Initiative Committee in Alliance of Women Directors, as a founding member in the Platano Pipeline by Blactina Media, and CEO of Love My Productions, LLC. 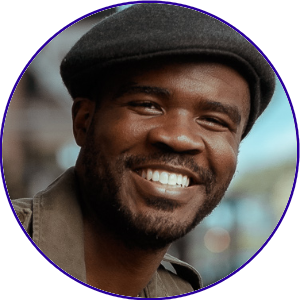 The strength and emotional impact of an artist’s work is reflected in how they unveil the most fragile and vulnerable parts of themselves. Brian Bowers is an independent artist, writer, musician, and first-time filmmaker, from the United States. For the past decade, his creative interests have focused on using narrative storytelling and creative expression to explore, sustain, and unify diverse cultures across multiple modes of artistic expression – including dance, music, poetry, and multimedia. His latest project, REVERIE, is an experimental visual narrative that pulls back the veil between dream states, consciousness, and reality. An ensemble dance cast guides us through the introspective, inner dialogue of an emerging artist (The Present), as she speaks with phases of time (The Past and The Future). REVERIE is a winner of 3 film awards, a nominee and finalist for numerous others, and is an official selection for over a dozen festivals across Western Europe, Southeast Asia, North America, South America, and Latin America. Bowers also works as a marketing consultant and business strategist in enterprise organizations. He is passionate about helping people and teams align creative ideation with structure and purposeful planning. 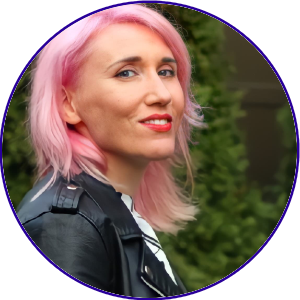 Erin Enberg is a writer-director who has worked in production in NYC and Los Angeles and also once traveled around the country for three months on a renovated city bus assisting Emmy-winning cinematographer Chris Teague (Russian Doll). Erin’s short films have won various awards including best of fest and audience favorite, while her scripts have been finalists at Final Draft, Cinestory, Sundance and Stowe Story Labs. Erin was commissioned to direct a PSA to get out the youth vote by Nextgen America, and was the recipient of a scholarship from Sundance Collab to attend their 9-week directing course. She’s worked at HBO Max in original content, Age Inclusion in Media as Program Director, and Warner Brothers in creative advertising. Raised in a spooky Stephen King town in the woods of Maine, Erin’s films utilize stylized design and often explore the conflict of leaving rural life in search of opportunity – all while recognizing the absurdity in life. 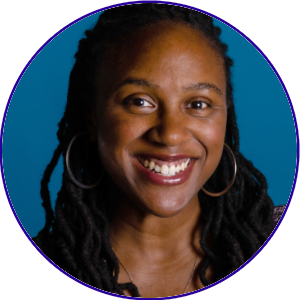 Katherine Street is an LA-based award-winning screenwriter and Philadelphia native. A cinephile at heart, she writes female-driven stories with complex (oftentimes damaged) main characters, centered around self-discovery, self-love, and belonging. She has written numerous short-form projects, including original shorts, pilots, and features. As a filmmaker, she wrote and directed the dramatic short film “Cycles,” and created her flagship web series “The New Adult,” which is currently streaming on Kweli TV. She earned her degree from the University of North Carolina School of the Arts with a concentration in Cinematography. She has literary representation with Culture Creative Entertainment. 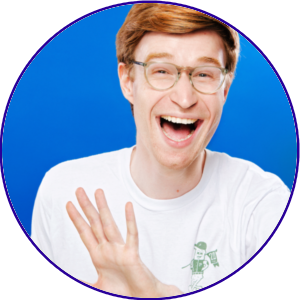 Jacob Roberts is an LA-based writer, director, and performer.

Jacob recently graduated from Harvard College, where he performed in drag for the Hasty Pudding Theatricals. His script and lyrics were twice selected as part of a rigorous competition for the Pudding’s annual show, and he received  the Jonathan Levy Award for the most promising actor at the University.

His short film Half—a comic story of bisexual self-discovery—was an official selection at Outfest LA and Austin Film Festival and has played more than 40 other festivals across the world. 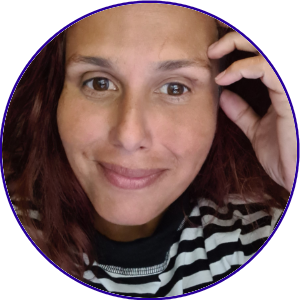 Maria Isabel de la Ossa, a self taught filmmaker born In Panama via the U.S and now based in Sydney Australia. Became completely enthralled with film making after her first outing to the movies. Moved to the U.S at the age of 14 and while looking for some direction tried acting but realized that the vibe and creative energy of those who worked behind the camera was her true calling.

Her career slowly grew once she moved to Australia in early 2000’s after being selected by NT office of film to attend several workshops for emerging filmmakers with a concentration in directing and cinematography.

Her latest projects  All that you love will be carried away, a Stephen King Short story (from Stephen Kings Dollar baby initiative)is in the final stages of post production and will hit the festival circuit next year and her documentary “Jaimee” about a mother swimming the English channel for suicide prevention and awareness which she also did all Cinematography for is being completed.

“I am extremely proud of my accomplishments so far and I am a firm believer that it showcases how deep my passion for filmmaking is.” 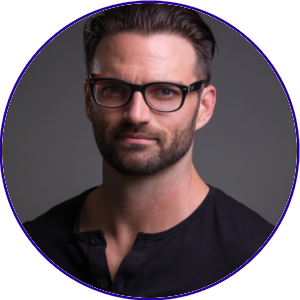 Bitten by the filmmaking bug at an early age, Marco Ragozzino grew up making all kinds of weird and imaginative short films using whatever tools were available at the time – VHS cameras, scale models, and classmates willing to lend a hand. From there, Marco went on to study film & animation at the School of Visual Arts in New York City, eventually relocating to Los Angeles upon graduation.

His interest in creating wild and whimsical worlds led him down the path of Visual Effects production. He has produced visual effects and virtual production shoots for sequences in films and TV shows such as Ready Player One, Men in Black: International, IT: Chapter 2, the Mandalorian, Slumberland (Netflix) and the upcoming “Aquaman and the Lost Kingdom” (Warner / DC). His filmmaking heroes include DIY mavericks such as Roger Corman, Lloyd Kaufman, and William Castle. 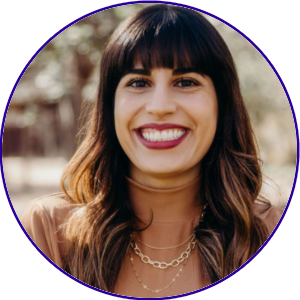 Meghan Ross is an Austin-based writer, director, producer, and comedian who was selected for 2022 Women at Sundance Adobe Fellowship, Sundance Episodic Lab 2021-2022, and 2022 NewNarratives grant from NewFilmmakers LA & Warner Bros. Discovery’s OneFifty for her half-hour comedy Here to Make Friends (also her personal tagline). Her shorts made The New Yorker’s Best Shouts of 2020 list, she was nominated for The Webby Awards for If You Ever Hurt My Daughter, I Swear to God I’ll Let Her Navigate Her Own Emotional Growth, featuring narration by Jon Hamm, and her writing has appeared in Reductress, VICE’s Broadly, TV Without Pity, The Toast, and other defunct but beloved sites. She hosted the late night show That Time of the Month for 5 years and is currently Head of Creator Success at Seed&Spark. Most importantly, Meghan’s an aspiring stage mom to her rescue pit-lab, Dreidel.

“I am so honored to be a part of the Blackmagic Collective’s Initiatives Program. Not only am I surrounded by a fiercely talented group of artists, but the support and excitement amongst the group are infectious. I cannot wait to see what doors we knock down and what ceilings we break!” – Christine Weatherup, Actor/Writer/Director

“Roller Coaster from Day 1. Homework, meetings, events, scheduling, reading, branding, re-branding. This feels like no other program before. It’s like Blackmagic Collective will stop at nothing to see you succeed. 100% committed and 100% kicking your ass for you to get out of your own way. Total Bliss.” -Djaka Souare, Actor/Writer/Director

“I need to thank the BMC Initiatives, for bestowing this amazing opportunity on me. I said amazing, because I am amazed at how much I have learned in such a short time. Sharing with my peer fellows has been energizing. I am energized, again, about my career. It feels good, to have received the push that I needed to keep pushing. Now, I am more focused.” – Summer Walters, Actor/Producer