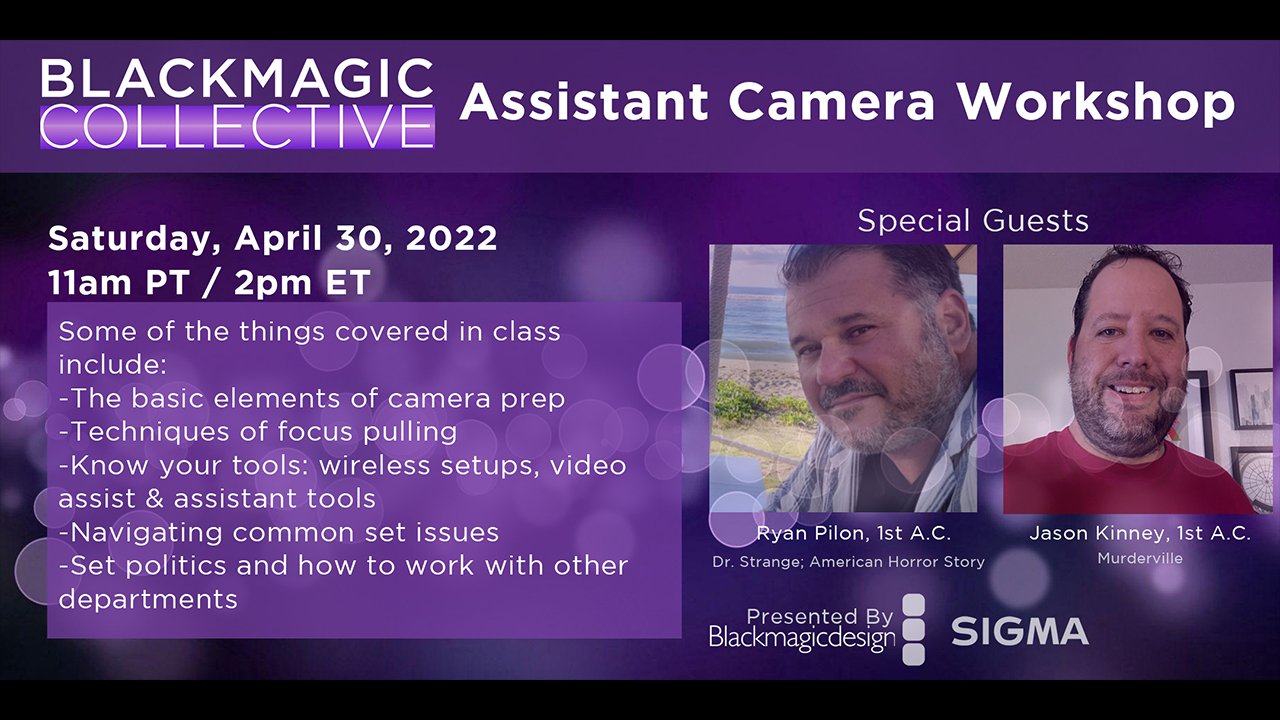 What is the A.C. Workshop?

The role of camera assistant is hard to pick up on your own. It takes experience, connections, and a good understanding of both the technical aspects of film but also set politics. Join us for a two-hour long in-person (and streamed online) workshop with professional camera assistants, Ryan Pilon (Dr. Strange, CSI, Barry, etc.) and Jason Kinney (Rush Hour, Murderville, Alienated, etc.) as they discuss the details you should know to level up your game. You will get hands on experience too!

Some of the things covered in class include:

-The basic elements of camera prep

-Set politics and how to work with other departments