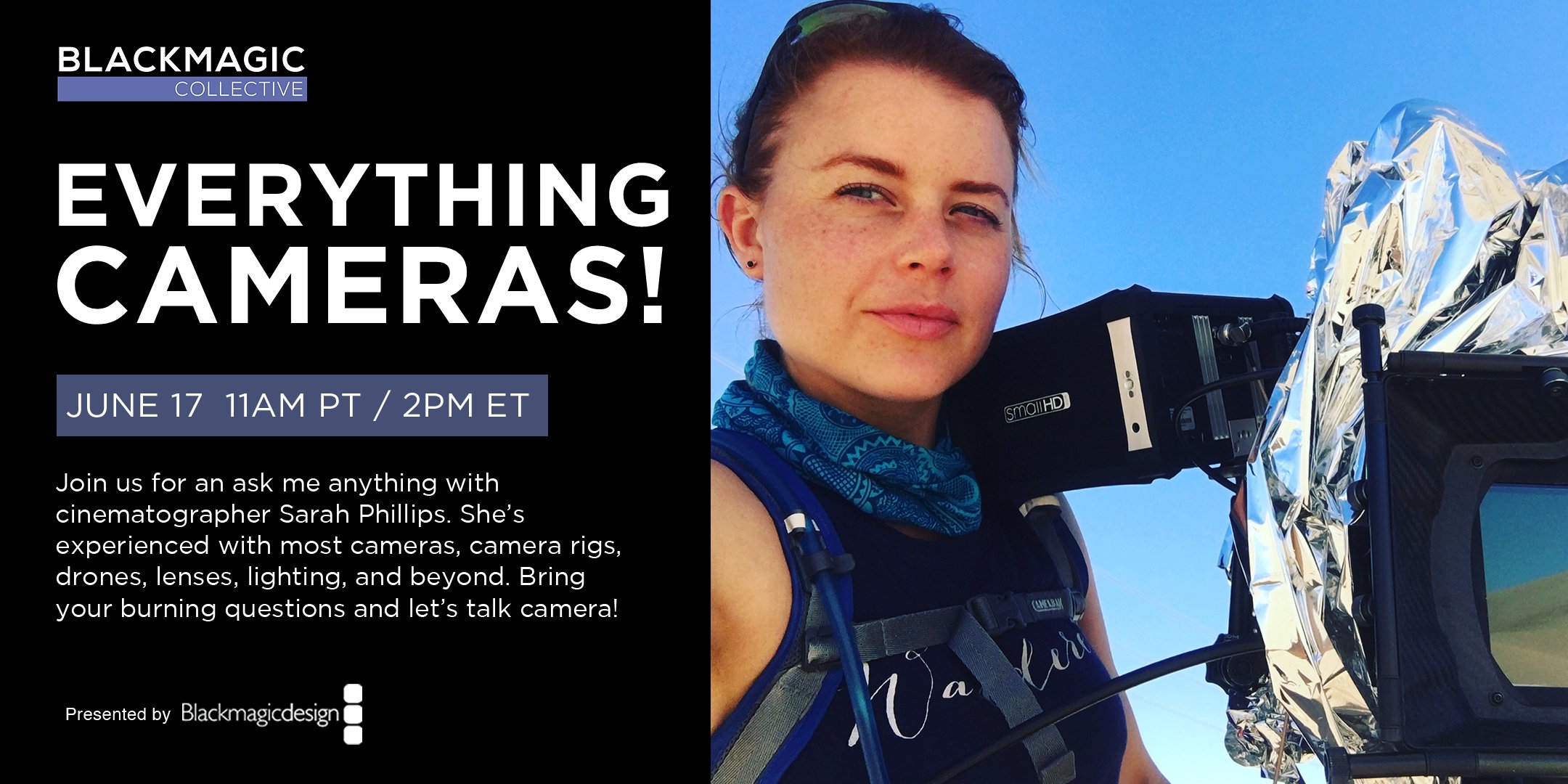 You bought a camera, you are ready to make something awesome, but you are a bit intimidated by settings and lenses and all that goes with it. Or maybe you don’t even know which camera to buy for your needs. Or maybe you are great with the camera but you want to take your skills further or even get experimental.

Join us for an ask me anything with cinematographer Sarah Phillips. She’s experienced with most cameras, camera rigs, drones, lenses, lighting, and beyond. Bring your burning questions and let’s talk camera!