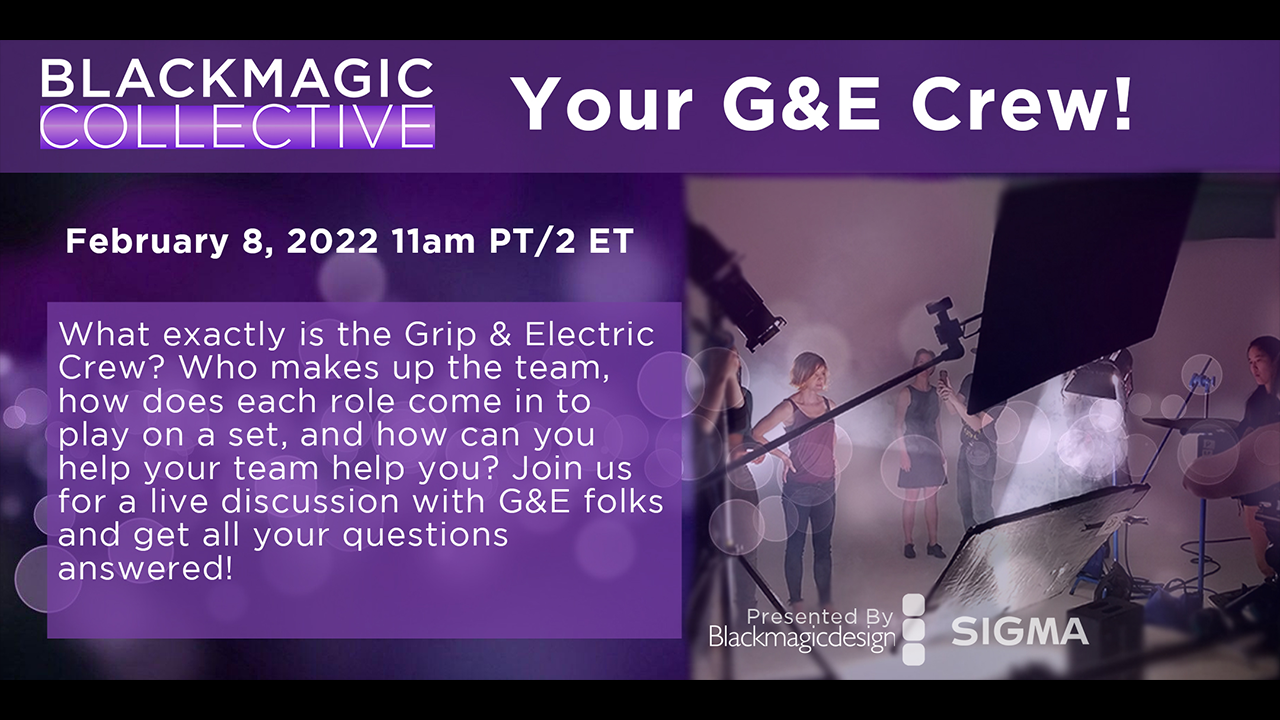 What exactly is the Grip & Electric Crew? Who makes up the team, how does each role come in to play on a set, and how can you help your team help you? Join us for a live discussion with G&E folks and get all your questions answered!

We’ll give way a seat of DaVinci Resolve Studio (a $295 value!) to one of our live attendees. You must be a member to win (but its free to join).