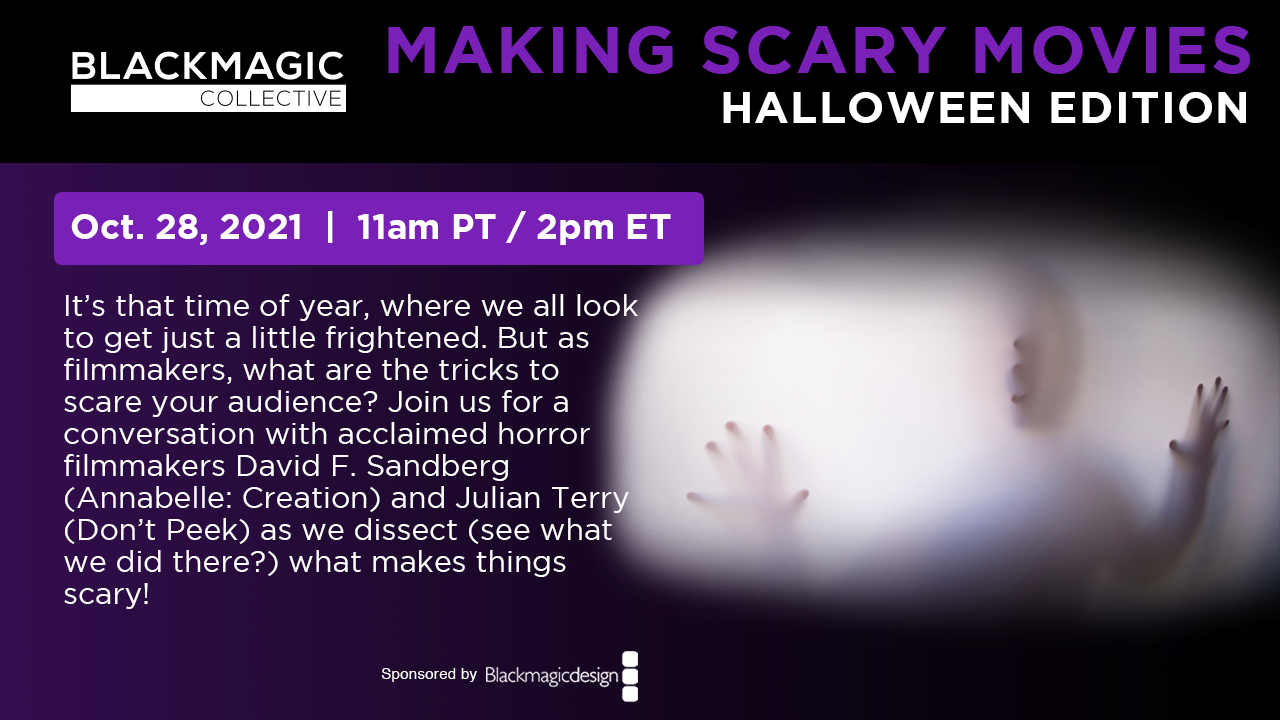 It’s that time of year, where we all look to get just a little frightened. But as filmmakers, what are the tricks to scare your audience? Join us for a conversation with acclaimed horror filmmakers David F. Sandberg (Annabelle: Creation) and Julian Terry (Don’t Peek) as we dissect (see what we did there?) what makes things scary!

Want to see more? Check out Lights Out and Don’t Peek before the show!

We will be picking a winner for a giveaway prize from our LIVE attendees, so make sure to join us! Must be a member to win (free to join).

The event is finished.