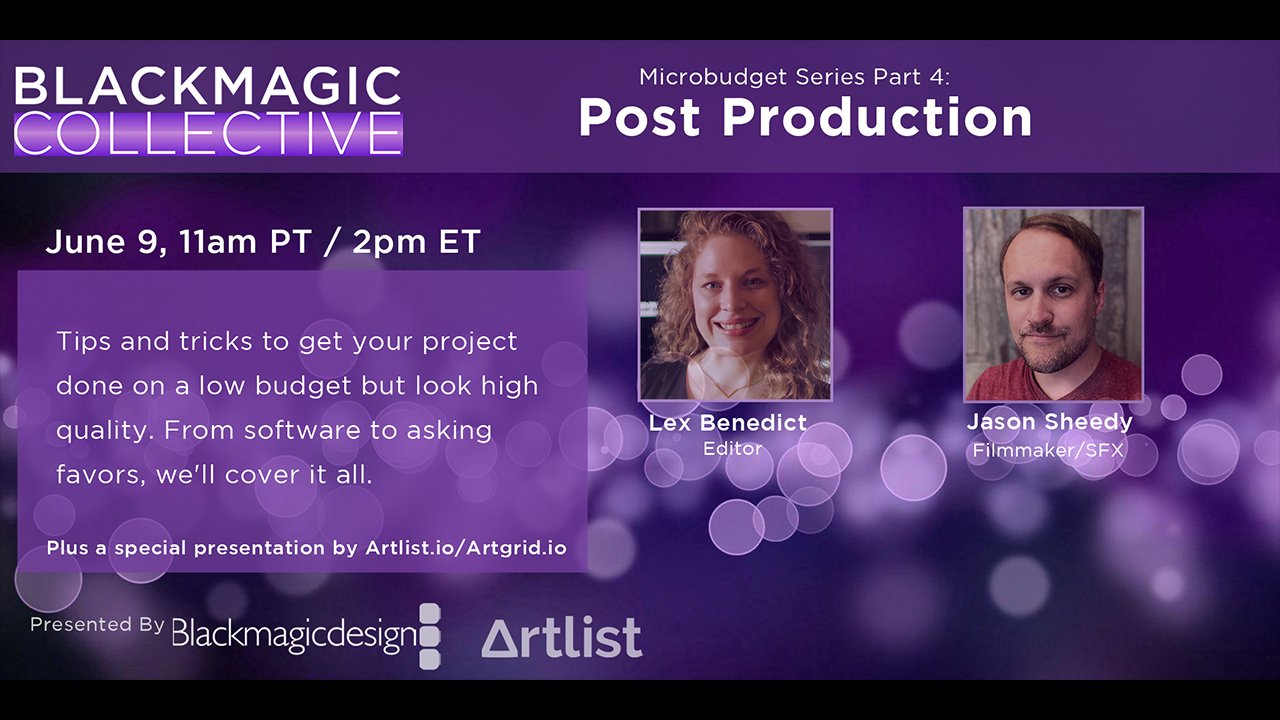 So you made it through production, but you are out of money, now what? Our filmmakers will talk about tips and tricks to get it done on a low budget but look high quality. From software to asking favors, we’ll cover it all.