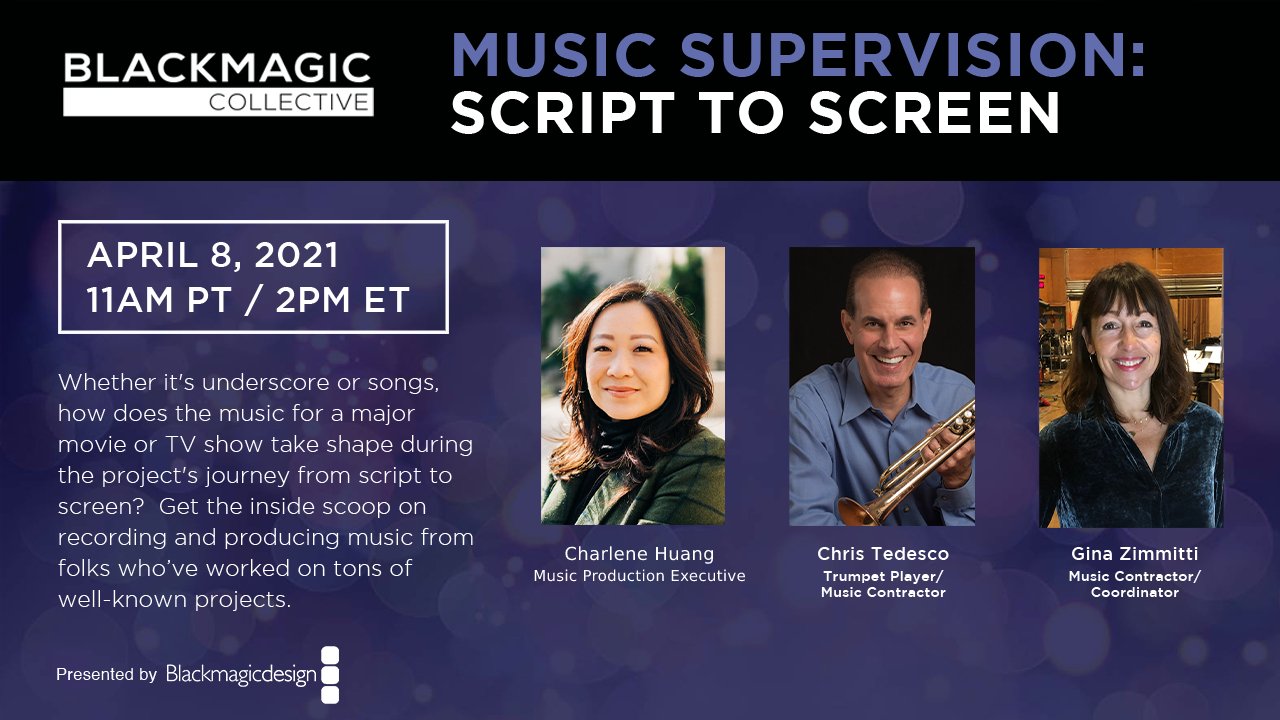 Whether it’s underscore or songs, how does the music for a major movie or TV show take shape during the project’s journey from script to screen? How do music supervisors decide what music they want to use, and supervise the composition, recording and production of the music? How do you produce music with a high production value sound on a limited budget? If you want to work on some aspect of movie or TV music, whether it’s composition, performance, engineering, or something else, how do you break into it? Get the inside scoop on recording and producing film and TV music from folks who’ve worked on tons of well-known projects.