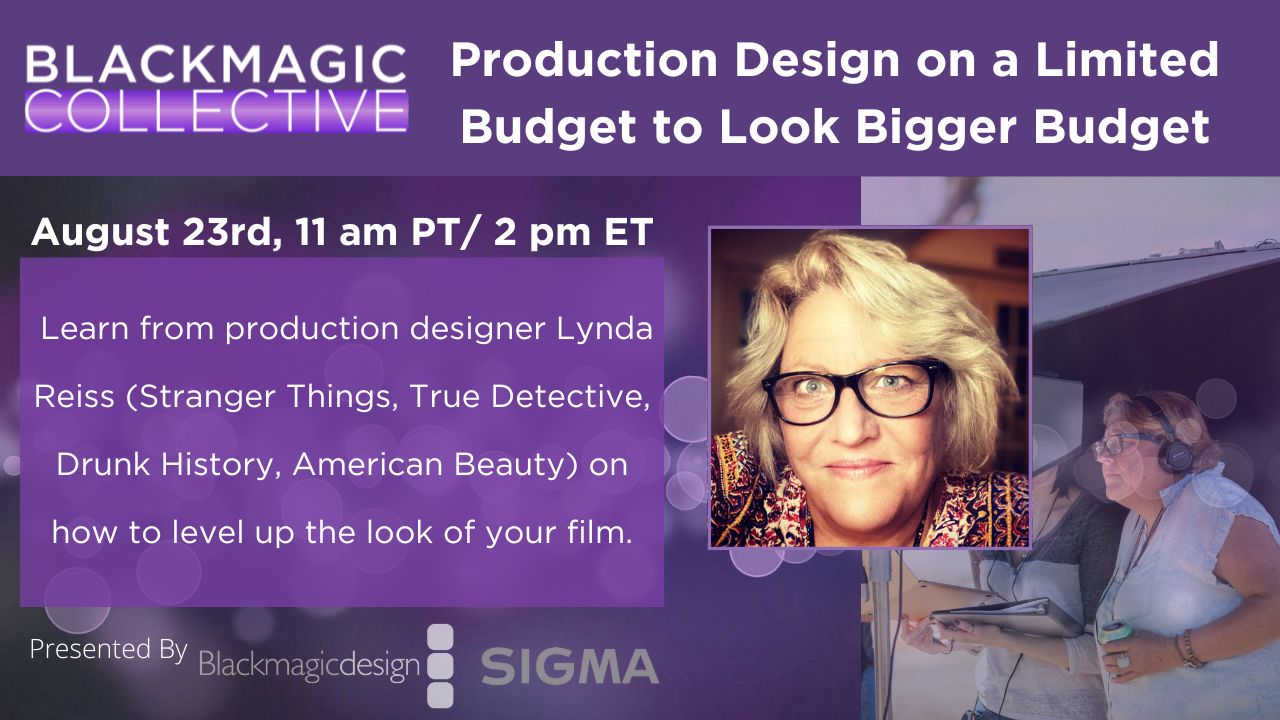 No more white walls! How can you level up the look of your film? Find out from Production Designer Lynda Reiss (STRANGER THINGS, TRUE DETECTIVE, DRUNK HISTORY, AMERICAN BEAUTY). Join us LIVE so you can get all your questions answered first hand!

Presented by Blackmagic Design and Artlist.