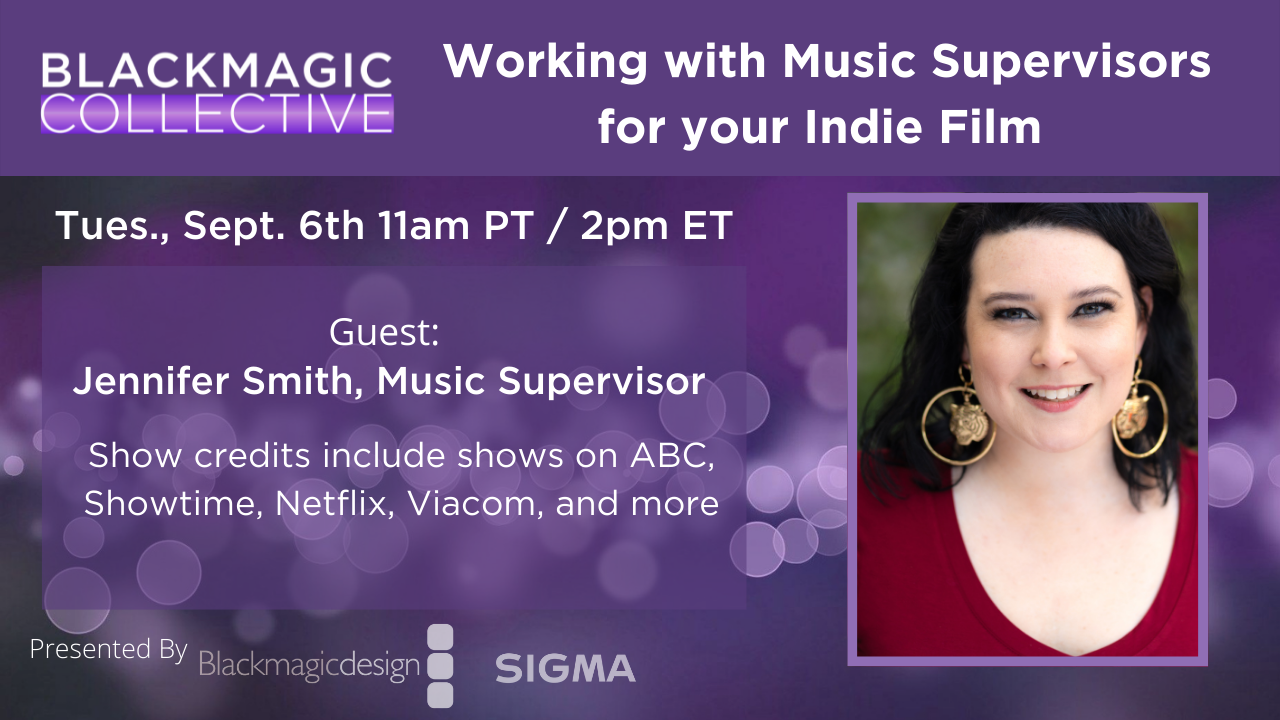 Working with Music Supervisors for Your Indie Film

What are Music Supervisors and how do you collaborate with them for your film? Find out at this live streamed event!