Future Women of Television Initiative is a year long accelerator that helps introduce female-identifying and non-binary directors to those in hiring positions in the studio system. The goal is not only to help them prepare for success when it’s time to direct their first TV episode, but to set the stage to be hired by those they meet during the program. 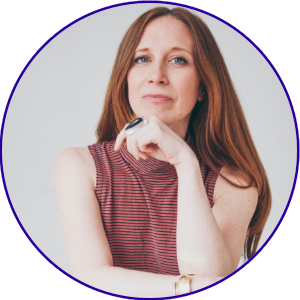 Amy DePaola is a director, writer and actor whose work includes the 2022 Austin Film Festival and Catalyst Content Festival Official Selection, “Plant Moms,” starring Catherine Curtin and the 2022 Stowe Story Narrative Lab Selection, “Tiki Bar Funeral Home,” which will debut on the festival circuit in 2023. Amy has over two decades of production and acting experience having worked with the likes of Comedy Central, The CW, Participant Media, This Machine Filmworks and Nickelodeon, to name a few. She explores themes of loss and grief through heightened dark comedy and dramedy; other credits include “The Naturals,” “AmyDee” and “Laura Wants A Husband Healthcare.” Recently, Amy was invited into the Stowe TV Writer’s Lab  where she is creating a one-hour TV pilot and pitch. A Jersey Girl at heart, she has an MFA from Emerson College and resides in Los Angeles. 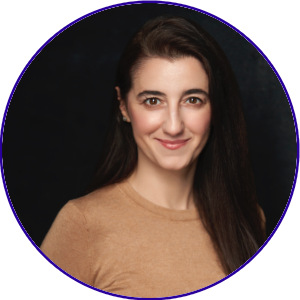 Dilek Ince is an award-winning LA based filmmaker born and raised in Turkey. She won the Director Guild of America’s award for her thesis film, also shortlisted by the BAFTA Film Awards. Ince is a Hollywood Foreign Press Scholar and received the Hollywood Foreign Press Grant for her education twice. She received her MFA degree in screenwriting from the California State University, Northridge, and her BA in film production. She completed the directing and cinematography program at UCLA.

Ince’s screenplay “Amal” won the ARRI Grant and a Caucus Foundation Student Production Grant, granted by the HFPA. It was also selected and awarded by Academy Award qualifying festivals, such as the Atlanta Film Festival Screenplay Competition and Nashville Screenplay Competition. Prior to immigrating to the U.S., she worked with Sundance winner Turkish director Rasit Celikezer in several projects. She is currently developing her first feature film and original TV show. 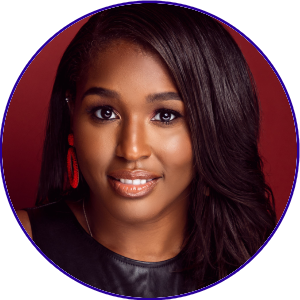 Jenn Shaw is an award-winning commercial, documentary, and narrative filmmaker specializing in sports, coming-of-age and dramady content. Her bold and cinematic filmmaking has both distinctive humor and dramatic instinct. She has directed several films exhibiting at major festivals including Pan African, Hollyshorts, Edmonton International, Martha’s Vineyard African American Film Festival and Slamdance. Her ESPN film $15 Kicks was executive produced by the legendary Spike Lee and earned her a selection in the 2017 Shoot Magazine’s New Director DGA Showcase and a Black Reel Award. Shaw is an alumna of the Fox Network’s Diversity Writers Program and participated in Gotham’s 2020 Episodic Program with her pilot and upcoming scripted series Afro. Recently, she directed two short films I Won The Lottery… and Charlie and the Hunt starring Lauren Ridloff (Eternals, Walking Dead). In 2022,  she Executive produced and directed Running While Black a Religion of Sports, Vice, and Adidas docu series narrated by Jackie-Joyner-Kersee. She’s also a 2022 participant of the Tribeca Studios and P&G sponsored Queen Collective with her narrative short film titled Gaps. Currently,  she is in advanced pre-production for her basketball feature film titled The Pill which was a participant in Breakthrough the Lens 2022.

Other accolades include three appearances at the American Pavilion Emerging Filmmaker Showcase at the Cannes Film Festival (2017, 2020, 2022). As an artist, she is influenced by the support of family, friends, and her love of crafting strong character-driven stories for all platforms. As a commercial director, she’s signed to the Brooklyn-based award-winning production company, tinygiant. For narrative, she’s managed by Nina Soriano and Kate Hart at  Anonymous Content. Her agent is Sola Fasehun of The Distribution Collective (TDC). 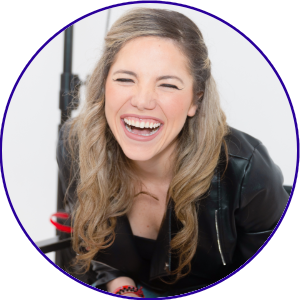 Cardenas has directed a variety of music videos and short films, including “The Grand Guignol” a short film that won two awards for Best Actor and Best Actress at The California Women Film Festival.

As a devoted fan of the film noir and thriller genres, Cardenas and her father, Oscar Cardenas, established a film production company, Path of Thorns Entertainment (TM).

Maria Gabriela Cardenas has two other feature films in development, The Man With the Lion Face and The Bus, that she will direct. 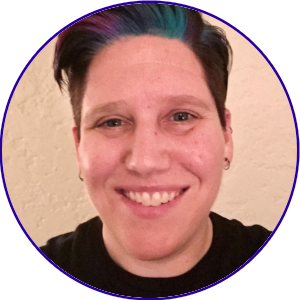 Mel Orpen is an award-winning director & writer with her MFA from USC’s School of Cinematic Arts. Mel’s two most recent short films—“Retribution” and “Don’t Let Go”—which she wrote and directed have screened in Cannes and combined to win 51 awards as they continue their festival runs. Her feature script “Typhoid Mary” was a finalist for Best Screenplay by the Sloan Foundation. In 2021, she was selected for Netflix Diverse Dub Director’s Training Program, JHRTS Fellowship program, and Disney’s Creative Talent, Diversity, and Inclusion initiative. In 2022, Mel dub directed “Hollyblood,” a vampire teen rom com feature film and “Hot Skull,” a grounded sci fi series that ranked 8th in Netflix’s global top 10 most watched international shows. Most recently, she directed the staged reading of “Heroes of the Empire,” a half hour genre comedy pilot for Pilotpalooza, starring Emmy Award nominee and Grey’s Anatomy star, Midori Francis. Mel also earned a Political Fellowship from the Center for Progressive Leadership and strives to tell stories centered on complex women and diverse LGBTQ characters—outsiders and activists standing up against the status quo. 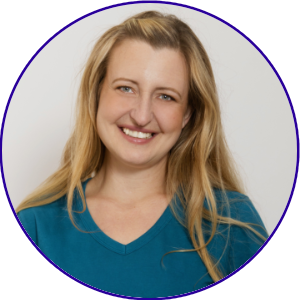 Roe Moore‘s passion for high-pressure fast-paced Multicam television directing is undeniable. Capturing that hilarious sitcom scene, a guest disclosing a shocking revelation to the host, or a dancer landing a complex combination — live as it unfolds — is what she loves about the job.

Her work includes CW’s magic-based variety show “Masters of Illusion”, the award-winning play “Recess”, and the Hollywood Christmas Parade. She’s had the pleasure of working with RuPaul, Joel McHale, and Molly Shannon, among many others.  Roe was selected to participate in The New Hollywood Collective, Women in Film’s Directing Mentorship, and has been a featured writer for ScriptMag, Backstage, and Final Draft.

When she’s not calling cameras, Roe can be found preparing for her next half marathon, playing with her two adorable puppies, or baking the perfect chocolate chip cookies for her husband. 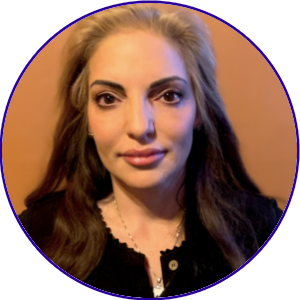 Thomai Hatsios is an actor’s director; her start was in theater and conceptual multi-media art.

Fueled by a strong passion for storytelling and the desire to reach a wide audience, she transitioned to film. Her on-the-job training included working in every department, including as an AD for major networks, commercial brands, and high-budget music videos with crews of up to 175. To further inform her directing with experience, Thomai worked in post as an editor and post supervisor.

She’s directed commercials, music videos, and most recently, Thomai worked with a crew of 40 to create true crime reenactments, aka re-cres for ABC.

Thomai has had the great pleasure of working with both A-list talent and talent at the launch of their careers. She is known for her unique creative vision, her progressive ideals, her prep skills, and for how smoothly her sets run. 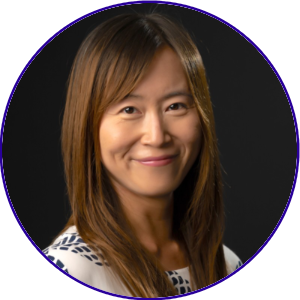 Wei Ling Chang is a Taiwanese American swim addict, sleep enthusiast, kung-fu master-in-training, and writer/director. Her feature directorial debut, “The Unlikely Girl,” was acquired by Netflix for worldwide distribution. She is a fellow of Sundance Episodic Story Lab, Screenwriter’s Colony Episodic Drama, and Ryan Murphy’s Half Initiative Directing Program. She’s worked in mini-rooms led by Veena Sud and Jessica Mecklenburg, and has been mentored by Graham Yost, Marti Noxon, and Corinne Brinkerhoff.

Previously, she shadowed on Netflix’s “Hollywood” and the Showtime series “The Affair,” and was hired to write the action thriller screenplay “Iron Mom” for Escape Artists (“The Upside,” “Roman J. Israel, Esq.”). Before going narrative, she produced, wrote, and directed unscripted TV shows, including “The First 48,” “My Super Sweet Sixteen,” “Made,” “The Detonators,” and prison show “Max ER.”

She holds a psychology BA from Cornell University and is a proud member of the Auntie Sewing Squad, a team of WOC volunteers formed during the pandemic to address mask shortages in underserved communities. To date, she has produced one genetically perfect human girl and is quitting while she’s ahead.

There is never a fee to join, apply, attend, or be a
part of any of our programs or events.